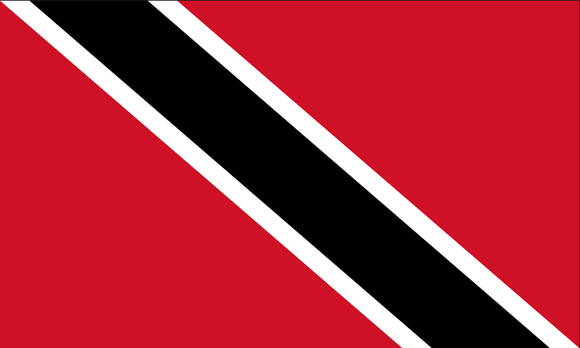 National Flag of Trinidad and Tobago

Authorities in Trinidad, trying desperately to stem the flow of dozens of Venezuelan migrants to the island almost daily, were this week poring over a Venezuelan government report that blamed massive overloading of a vessel for the recent drownings of more than two dozen people trying to reach Trinidad.

A mere 7 miles of water separates Trinidad and Venezuela so Venezuelans, fleeing economic turmoil in their homeland, are usually tempted to make a quick nighttime sail across the Gulf of Paria to sneak into the oil and gas-rich Caribbean nation with Tobago, mostly to link up with relatives and friends already there.

Earlier this month, the administration of Prime Minister Keith Rowley had absorbed some amount of political flak for allegedly being too harsh on migrants and for allowing the coastguard to turn away some of the boat people arriving across the strait.

The cabinet and security officials have, with some justification, blamed human traffickers and migrant smugglers for the recent tragedies on the high seas, suggesting they were at the heart of dangerous journeys to land migrants in Trinidad for a fee.

But the latest report from an investigation done by the Venezuelan officials found that the motorized boat was built to carry only a maximum of eight people but had in fact been way overloaded with 41. The report said that the overloading was an obvious recipe for disaster.

Officials have recovered the bodies of 28 people so far with a few thought to be unaccounted for. The cabinet has complained about the financial and other forms of pressure being put on the country by the growing population of Venezuelans, contending that the country cannot take any more with low oil prices, shuttered borders and reduced activity from the COVID-19 pandemic.

Officials recently registered and had processed more than 16,000, opening the way for them to legally find work and to live without fear of deportation. In all, the estimate is that Trinidad has in excess of 40,000 and is the Caribbean Community nation absorbing the greatest number of economic and smuggled migrants. Neighboring Guyana has more than 25,000 with dozens crossing jungle border points daily.

“The tragedy that occurred in Güiria has caused immense sorrow to the Venezuelan people. The main cause of the wreck was the overloading of the fiber glass rock-type boat, which, having a capacity for eight people and a maximum weight of 2 tons, carried 41 people and a weight of approximately four tons. They did not have life jackets or the necessary safety equipment for navigation; coupled with the prevailing bad weather in the area at the time the accident occurred, influencing the incidence of northwesterly trade winds, which caused a surge of two to three meters,” the report stated.

As officials review the report that has clearly absolved locals from any blame, a low-grade row is taking place between government and the U.S. mission in Trinidad over the disbursement of $11 million in aid to groups to support and assist the Venezuelans.

PM Rowley had said authorities had not seen a cent from the alleged aid, but the embassy last week put out a detailed statement outlining charities and NGO organizations which had received sizable disbursements to attend to migrant Venezuelan needs.