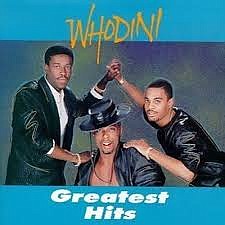 The hip hop community was saddened upon learning that pioneering MC, John Fletcher-56, a.k.a. Ecstasy, of the trailblazing group, Whodini, returned to the essence Wednesday, Dec. 23rd. Whodini is one of the few hip hop acts responsible for helping popularize the urban art-form during the mid-80s, a time when rap music was only heard on commercial radio during the weekends.

His daughter Jonnelle Fletcher, said, “The African and Native American ancestors have gathered around and chosen this day, during the winter solstice, Dec. 23rd, 2020 to call upon a most endeared, generous, and sincere soul who graced The World’s heart through performance, hip hop, family, children and grandchildren.”

Born June 7, 1964, and coming of age in Downtown Brooklyn’s Wyckoff Gardens, he teamed with fellow Brooklynite Jalil Hutchins in 1982. Along with local DJ, Grandmaster Dee (Drew Carter), in 1986, they formed Whodini, and auditioned for WBLS DJ, Mr. Magic, who brokered a deal with Jive Records.

“I can’t sing,” Ecstasy acknowledged. “But I heard somebody rap one day and I said to myself, ‘I can do that.’ I rap in pitch. I try to be unique. I have my own style.”

His distinctive baritone smoothly rode over tracks like those on 1983’s self-titled debut album produced by Conny Plank, the Thomas Dolby-produced “Magic’s Wand,” and “The Haunted House of Rock,” 1984’s “Escape,” saw Whodini team with the producer Larry Smith, resulting in “Freaks Come Out at Night” and “Friends.”

“We were the rap group that kind of bridged the gap between the bands and the rappers,” he told HipHop40.

He was on the forefront as an innovator in introducing melody to rapping. “Ecstasy was the lead vocalist on most Whodini songs because anything that we could play he could rap right to it in key,” Hutchins acknowledged in a hip-hop website The Foundation interview.

They epitomize class, rocking leather jackets, sometimes with no shirt or short shorts; loafers. And most crucially, Fletcher’s flat-brimmed leather hats, which became his signature look.

“He had them in red; had them in white; two in black, one with an African headpiece on it,” Hutchins said in a 2013 interview with the Alabama website AL.com. “He had different ones, but the original one was his favorite.”

Fletcher resided in Atlanta when he passed.

Jalil said, “‘One Love’ to one of Hip Hop’s Greatest! There will never be another.”

“Ecstasy was truly one of the first rap stars. Not just a brilliant voice and wordsmith, but a ladies man and sex symbol when they were very scarce in the early days of rap. Whodini helped usher in a female audience to what had been a traditional male art form. So Rest In Peace Ex. We loved you and will miss you. You and your Zorro hat made a mark,” Barry Weiss, the executive who signed them, wrote on Instagram.

His cause of death was not immediately revealed.