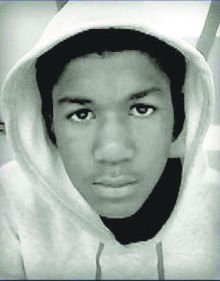 The Trayvon Martin killing demands that we raise the right questions. It was not simply the “Stand Your Ground” law that was responsible for Martin’s death and George Zimmerman’s acquittal.

Consider this: Eleanor Bumpers was an elderly Black woman in the Bronx, New York, who was terrified when she heard someone breaking down her apartment door. She ran into her kitchen and picked up a kitchen knife. When the heavily armed group of policemen, who were at the wrong apartment, brought the door down, they immediately shot and killed Bumpers. They, like Zimmerman, said they feared for their lives. They were acquitted.

Bumpers was not entitled to “Stand Her Ground.”

A white policeman killed Randy Evans, a 14-year-old Black youth who was unarmed and posed no threat at all. The cop’s defense was that he had suddenly contracted a rare form of epileptic motor seizure and temporary insanity. That policeman, like all those before and since him, was also acquitted without the benefit of the “Stand Your Ground” law.

On Inequality: In remembrance of Trayvon Martin

The legalized killing of Black people has long been in effect. Tragically, Martin is simply the latest victim. Therefore, it is important to understand that our fight is not only with the Stand Your Ground law and the state of Florida—although they are certainly legitimate targets. For those who love freedom, our fight is with the institution of American racism.

Legal scholar David Cole has stated, “The court has imposed nearly insurmountable barriers to anyone challenging race discrimination at all stages of the criminal justice system.” Michelle Alexander is right: Racism is highly adaptable. We have always seen the rules and policies that are used to protect America’s racial hierarchy change and transform whenever they are challenged.

In the Dred Scott case, Chief Justice Roger Taney summed up the court’s position by ruling that all Blacks were beings of inferior order and altogether unfit to associate with the white race, either in social or political relations, and as such they had no rights that the white man was bound to respect. In effect, on March 6, 1857, the U.S. Supreme Court ruled that no Black person was entitled to justice in an American court.

The Zimmerman verdict, when viewed in an historical context, starting with 14-year-old Emmet Till in 1955, raises the fundamental question. What other than the rhetoric has changed since 1857? Can Black people really expect justice in an American court?

Since up to now we have been unable to secure justice in the courts, we find ourselves moved into the streets, once again marching for justice and opposing unjust laws. Once again we have taken up the responsibility to be the moral conscience of a morally bankrupt society. Perhaps there is an additional way to make our presence felt and empower the Black community at the same time.