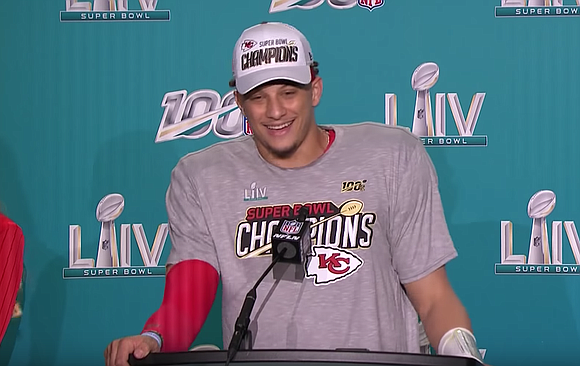 The celebration was on. When San Francisco 49ers safety Tavarius Moore intercepted Kansas City Chiefs quarterback Patrick Mahomes with 12:05 left in the game with his team leading 20-10, the 49ers sideline erupted in elation as a potential Chiefs scoring drive was stifled, and the probability of Moore and his teammates securing a momentous victory in Super Bowl LIV this past Sunday at Hard Rock Stadium in Miami Gardens, Florida, significantly increased.

Alas, the 49ers’ emotions of glee and confidence proved to be fleeting. After their offense, steered by quarterback Jimmy Garoppolo, whose late-game uneasiness was apparent, failed to sustain a drive on the ensuing possession, they punted the ball back to the Chiefs at 8:53. From there, the Chiefs put a stranglehold on the game both offensively and defensively.

They scored 21 straight points to stun the 49ers and millions of people watching the game. The 49ers had clearly been the better team for nearly 48 minutes of game action. But when it mattered most, the Chiefs, under the meticulous, resilient and unwavering leadership of their 61-year-old head coach, Andy Reid, emerged as the champions by a 31-20 victory in a memorable Super Bowl LIV.

Conversely, the 49ers, particularly their 40-year-old head coach, Kyle Shanahan, and Garoppolo, 28, will now have to bear the opinions of many that they failed to seize the moment and shrunk under pressure in respectively carrying out questionable play calling and execution. Shanahan was conservative in pursuing points near the end of the first half with the score tied 10-10, and then went away from running the ball and eating up clock during the Chiefs’ fourth quarter rally.

As for Garoppolo, he missed a critical throw to wide receiver Emmanuel Sanders, who had jetted behind the Chiefs secondary, with 1:40 left and his team down 24-20. A connection between the two would have almost certainly resulted in a go-ahead touchdown.

“Everyone’s disappointed, and they should be,” said Shanahan after the devastating defeat. “I wouldn’t expect anything different. Guys put their heart into the season and came up one game short. I’m extremely proud of us, but this is going to take a little bit of time to get over.”

On the opposite end of the spectrum, it was a majestic evening for the Chiefs, notably Reid and Mahomes. After 20 years as a head coach, 14 with the Philadelphia Eagles, Reid finally won his first Super Bowl. At only 24, Mahomes is now a league MVP, Super Bowl champion and Super Bowl MVP.

The duo may win more together. But for the moment, they relish in their first title while Shanahan and the 49ers painfully reflect on what could have been.