Dermot Shea’s a Republican. Does it matter? 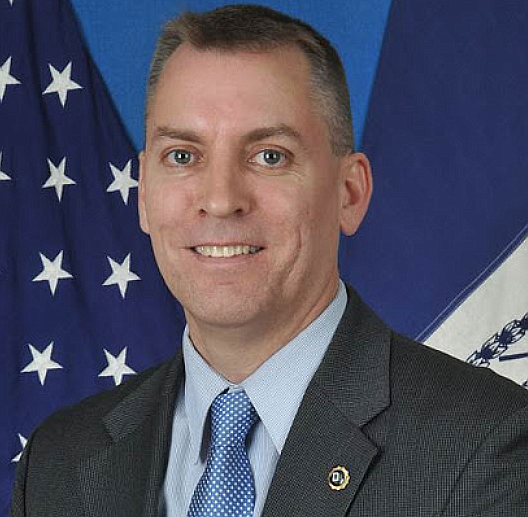 When Police Chief Dermot Shea was promoted to police commissioner, New York City Mayor Bill de Blasio told NY1’s Errol Louis that he “…had watched Dermot Shea’s work for six years ––when you work shoulder-to-shoulder with someone for six years you really figure out who they are.”

A few groups are worried that who Shea really is spells doom for them.

Shea’s been a registered Republican since 1994. The 50-year-old also voted in the 2016 presidential election. While that might not have been a big deal as little as 20 years ago, it now means something different. A Trump-branded Republican Party has changed the meaning of conservative. While one can argue that the current president is saying the quiet part out loud for the Grand Old Party, it doesn’t make it any better for marginalized Americans.

In an emailed statement, the Communities United for Police Reform Action Fund said that Shea’s political affiliation is no surprise given the operations he’s overseen which have hurt marginalized New Yorkers.

“It comes as no surprise that NYPD Commissioner Dermot Shea is a card-carrying member of Trump’s Republican Party,” read CPR’s statement. “It helps explain his blanket opposition to common sense police accountability like the repeal of NY’s police secrecy law (50-a), and his Trumpian fear-mongering and misinformation campaign to roll back new and long-needed bail and discovery laws.”

CPR also had some words for the mayor.

Anti-bail reform stories have flooded the daily tabloids since it became law. Stories of arrestees being released and then committing other crimes after being freed have muddied the waters on what the law’s supposed to do. Democratic elected officials have remained mum while criticism has increased, but other organizations have fought on their behalf.

“Despite dwindling crime rates and promises of a fairer justice system, New York officials are doubling down on efforts to undermine our progress on bail reform,” said Clarise McCants, Criminal Justice Campaign Director for Color Of Change. “NYPD Commissioner Dermot Shea, Mayor Bill DeBlasio, and Governor Andrew Cuomo, as well as legislators in Albany, have been fighting the facts on bail reform with fear, scaring New Yorkers into embracing an outdated, racist, lock-em-up system over smart, sensible, and effective reform.”

The rhetoric that oozes out of the department that Shea oversees isn’t limited to the tabloids. In an emailed statement to the AmNews, Citizen Action of New York Political Director Stanley Fritz said that Shea’s affiliation is concerning considering other recent activities involving local Republicans.

“Right now New York’s Republican Party is engaged in a coordinated racist fear-mongering campaign to undermine bail reform laws on the books,” said Fritz to the AmNews. “A report published today revealed that a 166,000-member Facebook group managed by state Republican officials to drive their anti-bail reform message on social media is helping extremist groups and white supremacists spread hateful messages and recruit for their causes.

Fritz believes that the recent push against bail reform from the New York Police Department is a tell-tale sign of how Shea will run things. He also said that Shea’s comments about the recent crime spike being due to bail reform was disingenuous.

“Commissioner Shea’s affiliation with a Republican Party that’s defiantly in support of Donald Trump and working to undermine a policy that simply says people charged with crimes should have the presumption of innocence no matter the size of their bank account, should disqualify him from serving as the highest law enforcement officer in the city,” said Fritz. “The reality is that bail reform opponents will do or say anything to maintain the status quo of mass incarceration and pre-trial jailing that disproportionately harms Black, Brown and low-income New Yorkers.”

“We are appalled that Republican officials who are supposed to protect the Constitutional rights of all New Yorkers have not only actively supported and amplified this movement, but in fact, managed and controlled a public Facebook group that is replete with hate speech,” read the statement. “Racism and white supremacy have swept our country with violence for generations, and we refuse to let these evils continue to dictate the policies and laws that affect our daily lives. The lives of Black, Brown and poor people should matter to those elected to represent us–– regardless of party lines.”

The AmNews attempted to contact the NYPD to respond to the issues around Shea and about bail reform overall, but were unsuccessful. However, NYPD spokesperson Devora Kaye told the online news site Gothamist that policing has no political affiliation.

“Keeping 8.6 million New Yorkers safe simply isn’t political,” said Kaye to Gothamist. “The Police Commissioner is a cop through and through, and that’s how New York City will continue as the safest big city.”