With Mills out, the Knicks continue to try find a winning formula 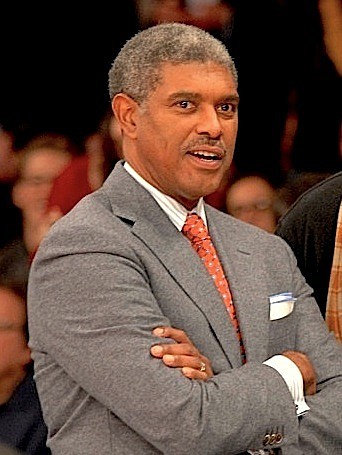 Steve Mills' tenure as Knicks president came to an end on Tuesday after the team compiled a record of 61-154 under his watch. Contributed

The loud rumors regarding Steve Mills’ future with the Knicks are no longer conjecture. On Tuesday, he and team owner James Dolan came to an inevitable decision that Mills would be relieved of his position as the Knicks’ president roughly two and a half years after he was elevated in July of 2017 to replace Phil Jackson.

“It has been a great honor to represent the Knicks,” Mills said in a written statement. “I will always be grateful to Jim for giving me the chance to represent this franchise and I’m disappointed we were unable to achieve success for New York. I would like to thank the staff and the players for their hard work during my tenure. I will always be a Knicks fan.”

Mills will remain with MSG in a new role unrelated to the basketball operations. Current Knicks general manager Scott Perry will oversee those duties on an interim basis.

“Steve and I have come to the decision that it would be best for him to leave his role as president of the New York Knicks,” said Dolan, the chairman and CEO of The Madison Square Garden Company, in a press release. “We thank Steve for his many years of service to our organization and look forward to continuing our relationship with him as part of our board.”

The Knicks, who host the Orlando Magic tonight, Thursday, Feb. 6, at the Garden, have won two straight games, only their third time winning two or more consecutive games all season, with a high of just three in a row. They are 15-36, which was the third worst record in the Eastern Conference and the fourth worst winning percentage overall in the NBA when play began last night (Wednesday, Feb. 5).

The Knicks will travel to Detroit to face the Pistons on Saturday, Feb. 8, and will be in Atlanta on Sunday, Feb. 9, to play the Hawks. Their roster may have some changes by then as Perry may make some moves before today’s 3 p.m. NBA trade deadline. At the time this article was published, the Knicks had yet to make any trades.

But as was written on these pages two weeks ago, it was unlikely Dolan would give the duo of Mills and Perry the latitude to significantly alter the Knicks’ roster as their jobs were tenuous. With Mills gone, this may still hold true.

Dolan may want to wait and wisely grant the Knicks’ next president the opportunity to evaluate the roster and construct it based on existing players and free-agent targets. The team is devoid of a foundational or so-called franchise player, as Mills and Perry fell short of securing one or more via free-agency last summer when the team had salary cap space for two max contracts.