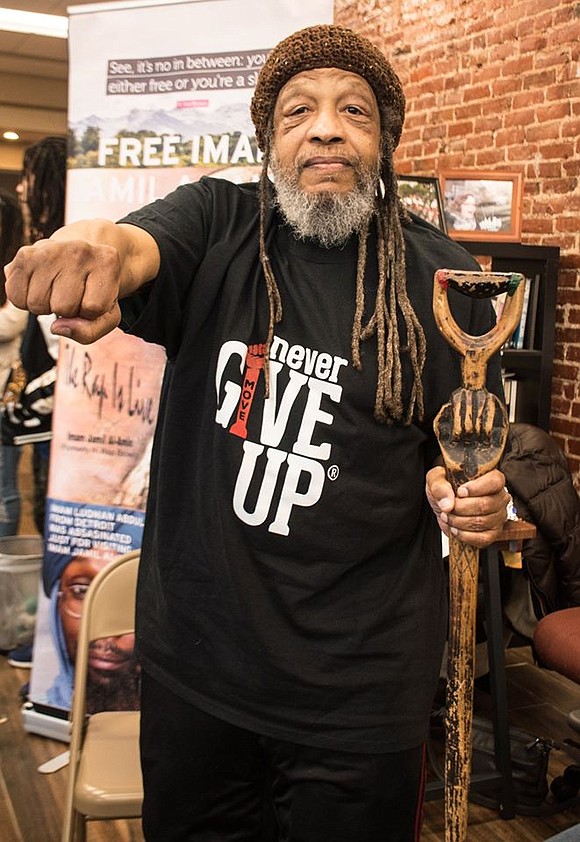 Three carloads of supporters of the back-to-nature MOVE Organization greeted their comrade Delbert Orr Africa, aged 73, home as he stepped through the steel gates of Pennsylvania’s SCI Dallas on Saturday morning, Jan. 18. It was a long awaited welcome after being imprisoned for four-plus decades. He was granted parole Dec. 20, making him the sixth MOVE 9 member paroled since 2018: Debbie, Eddie, Janet, Janine and Michael Africa preceded him. Phil and Merle Africa passed in prison. Only Chucky remains.

“I’m so happy to have my brother home,” Janine said Saturday. “It’s something that they told us would never happen, but I never lost faith that this day would come. The power of righteousness will never betray you.”

Founded in 1972 by John Africa, MOVE experienced countless conflicts with Philly’s finest for several years, culminating with the Aug. 8, 1978, standoff at their Powelton Village commune, resulting in the death of officer James Ramp. Despite investigators establishing that the single death-shot was a result of ‘friendly fire,’ and presiding Judge Edward Malmed admitting that he “hadn’t the faintest idea” who fired it, nine MOVE members were convicted and sentenced to 30-100 year prison sentences.

He said he’s “fine and I’m doing better every day that I’m on the outside.”

His attorney, Brad Thomson, stated: “Chuck went before the parole board last month and we are optimistic that he will be released in the very near future.”

Pam Africa, MOVE’s Minister of Confrontation added: “I feel strong and in awe that they are all coming home, and I’m glad that they’re all unbroken. We thank the people who put the pressure on this government to actually bring our people home. So we constantly say, ‘There’s no power like the power of the people, and the power of the people don’t stop.’ It has been a long, long struggle. MOVE is stronger now than we were on Aug. 8, 1978.”

Delbert said he remained optimistic because: “I keep staying on the MOVE. Stagnation is the worst thing. I’m on the MOVE, and I hope you are too. We’ve suffered the worst that this system can throw at us––decades of imprisonment, loss of loved ones. So we know we are strong. For all of that, we are still here, and I look on that with pride.”

“This is like the Fountain of Youth for me. I feel like a 13-year-old graduating from eighth grade all over again,” Orr-El said. “It’s exciting. It’s a rush of emotions mixed with anger because I feel like it’s been too long. Those are 42 years that you know you are not going to get back.”

Delbert added: “The system always throws barricades onto people being and working together. The judge gave us 30-100 years, and they kept denying us parole saying: ‘You have no remorse.’ But they had no remorse for what they did to our family in 1985. We have no regrets because we were innocent in 1978.”