A proud father urges blessings for his son 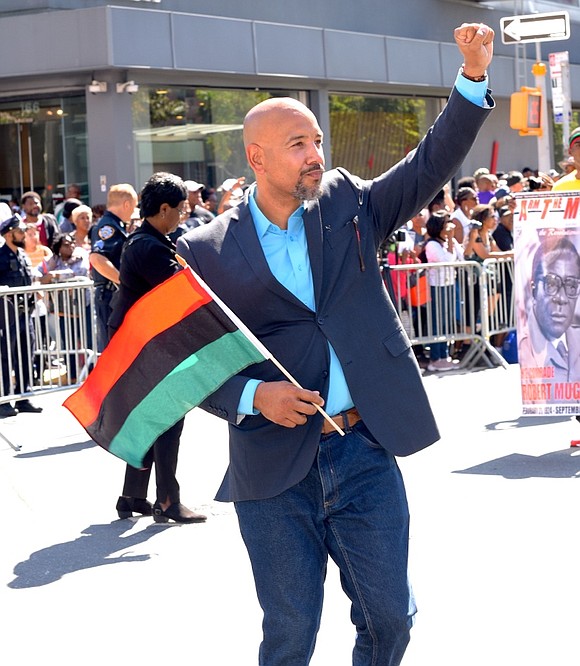 You should know that the decision of my son, Bronx Borough Pres. Rubén Diaz Jr., to withdraw his candidacy for NYC mayor, has impacted no one more than me. His aspirations to become the first Hispanic mayor of the city of New York was something that I and many in the Latino community were anxiously looking forward to.

Damaris, my firstborn, served as a police officer for 20 years of her life in the protection and safety of New York City’s residents, retiring with the rank of sergeant. These 20 years were filled with anguish, sleepless nights and much prayers, asking God to protect her so that she would return home safely.

Samuel, my first son, has dedicated more than 27 years working in Public Housing in the New York City Housing Authority (NYCHA). He started working in maintenance, care taker mopping, sweeping, cleaning the stairways and hallways of NYCHA buildings. Samuel now serves as a supervisor within NYCHA. Samuel, like Damaris, never had an appetite for politics. They chose to live private, quiet lives with their families.

Rubencito is my youngest son. Since the tender age of 19 he has served in public office. He started out as a messenger in the City Council where his duties included delivering documents and letters from desk to desk. Then at 23 years of age he was elected as district leader and then as a young New York State Assemblyman. For the past 10 years he has served the people with distinction as the president of the county of the Bronx.

Rubencito, like Damaris and Samuel, have made me very happy, and proud to call them my children. As my children, regardless of their age, when they see me, whether it be in public or private they always greet me with a kiss, and they audibly ask me to bless them with a “bendición Papi.” A beautiful tradition which translated means, “Bless me Dad.” That to me is quite an honor! What a privilege! To have my adult children receive me with this awesome greeting and of course it’s my pleasure to respond with a blessing “Dios te bendiga.”

As you well know, my dear reader, there are thousands of people in New York City and in Puerto Rico who had set their sights and hopes on seeing Rubencito become the first Hispanic/Latino mayor of this great city. I admit that I was the first among the thousands who had this great hope. Not only because he is my son, but because he is well qualified, and is of great character. He is disciplined, experienced, intelligent, has integrity, he loves this city––its diversity and its people. Believe me, in my many years in public life, I can honestly say that there are very few public officials who possess the qualities of Rubén Diaz Jr. Again, I don’t say this because he is my son, but because he is one of the best human beings that I know and despite all the circumstances that have surrounded him he has never changed his character as a good son, good husband, good father, good friend and excellent public servant.

Before making his decision public, he graciously invited me to Sabrosura Restaurant in Bronx County, to let me know of his decision. We spoke for approximately two hours. I tried to talk him out of it. Did my best to change his mind, which may have been a selfish thing to do. But he was adamant about his decision. He decided that it’s what’s best for him, his wife and children, and that decision must be respected. I wish my son the best for his future, his vision, and all those endeavors that he seeks!

As a father, pastor of a congregation and president of the New York Hispanic Clergy Organization, I ask everyone to join me in thanking Ruben Diaz Jr., for his dedication and service. I also ask that you keep him in your prayers, that God will keep and guide his path. I ask the same for my other children Damaris and Samuel.

I am Councilman Rev. Rubén Diaz, and this is what you should know.

Councilman Rev. Rubén Díaz Sr. has represented the 18th District/South Bronx in the City Council since 2017.