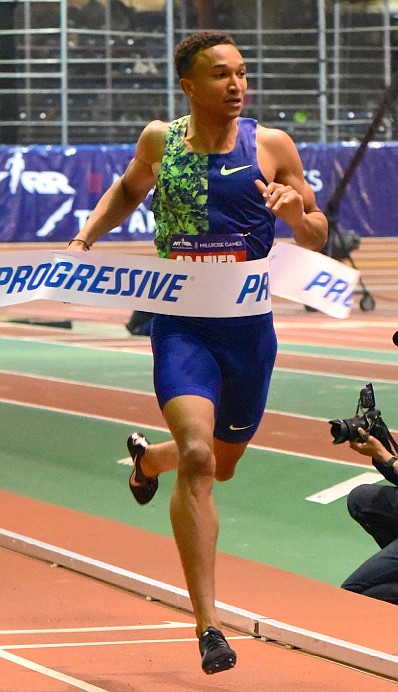 Track and field fans converged upon The Armory New Balance Track and Field Center in upper Manhattan for the annual NYRR Millrose Games, a sold-out event featuring some of the sport’s most competitive athletes.

The Millrose Games, celebrating their 113th year, are an annual indoor track and field meet held each February here in New York City. The Games were started by employees of Wanamaker’s, once a popular Manhattan department store. The employees formed the Millrose Track Club to compete. The featured event of the Games is the Wanamaker Mile, won this year by Chris O’Hare, his second Wanamaker Mile win.

“Having two children, you’re in a constant state of sickness,” said O’Hare after the victory. His first Wanamaker Mile win was two years ago in 2018.

Also victorious was Donavan Brazier, the winner of the NewYork-Presbyterian Invitational Men’s 800 meter.

“This was the best field, and this will give me more confidence and more reassurance that I’m not living off the experiences of last year,” Brazier noted, also stating that he’s starting to take indoor running more seriously.

“I wanted to test my ability,” said Young, admittedly nervous before the race. “This is what I came here to do.”