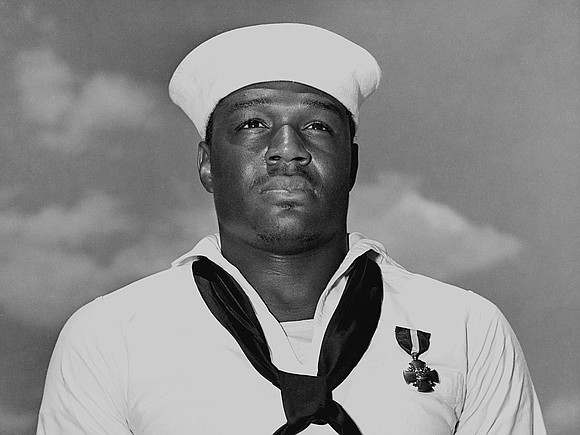 The U.S. Navy is set to name a new aircraft carrier after World War II hero Doris Miller. Miller was a Mess Attendant 2nd Class from Waco, Texas. The aircraft carrier naming would be the first to be named after an African American.

On January 19, the Navy announced that CVN-81 would be named after Miller. The CVN-81 is a Gerald R. Ford-class aircraft carrier scheduled to be built in 2023 and launched in 2028.

Miller fought during the attack on Pearl Harbor after the Japanese surprise attack on the islands on December 7, 1941. Miller was the first African American to receive the Navy Cross for valor, the third highest honor in the Navy. Miller shot an anti-aircraft gun during the attack on Pearl Harbor though he had no training on the gun. He also took care of wounded members of the ship he was on, the U.S.S. West Virginia.

The U.S.S. West Virginia He served breakfast that morning and was collecting laundry when his ship was hit by the first of seven torpedoes plus two bombs.

“The sacrifice and patriotism of heroes like Doris Miller inspired me to pursue public service,” said Rep. Bernice Johnson (D-TX). “Though he is deserving of even higher official recognition, including the Medal of Honor, the announcement of the naming of this vessel on Martin Luther King Day could not be more fitting,” she added.

Until Franklin Roosevelt’s administration, African Americans could not serve in the military at all but attendant, steward and cook positions were open to Blacks. Miller enlisted in the U.S. Navy in 1939 at 19.

Miller’s heroic actions were publicized numerous times in the black press and he became an icon of African Americans.