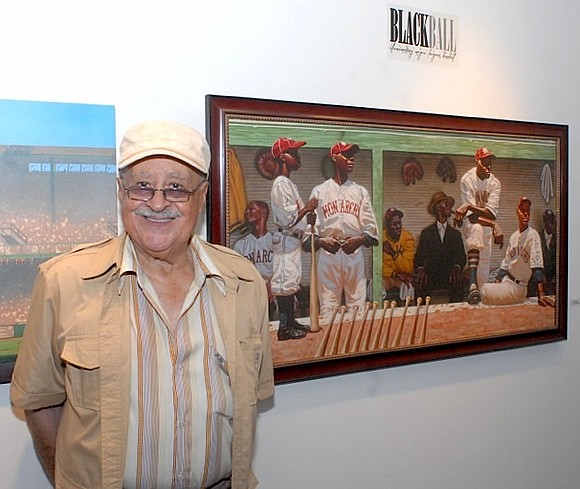 Pitchers and catchers reported first, then the rest of their teammates this week. It’s the start of baseball’s spring training. MLB, preparing for the 2020 season, gets started in late March, this year mired in controversy, the Houston Astros cheating scandal that took place in 2017 just now coming to light, but 100 years ago, baseball was mired in the controversy of America and its system of segregation.

Segregation and the mindset of those involved with Major League Baseball were intent on keeping it a white man’s game, and prevented African Americans from playing professional baseball.

History notes that Cleveland Indians’ owner and team president Bill Veeck proposed integrating their league in 1942. It had been informally segregated since the turn of the century. His suggestion was rejected by league commissioner, Kenesaw Mountain Landis.

This gave birth to the Negro Leagues and the creation of Black teams.

The governing body of the Negro National League and its governing body, the National Association of Colored Professional Baseball Clubs, was established in February of 1920 by Rube Foster, a former player and team manager considered by historians as one of the best African American pitchers of the first decade of the 1900s. He’s known as “the father of Black Baseball.”

The league was initially comprised of eight teams: the Chicago American Giants, the Chicago Giants, the Cuban Stars, Dayton Marcos, Detroit Stars, Indianapolis ABC’s, the Kansas City Monarchs and the St. Louis Giants. It operated from 1920 to 1931.

One of the problems that the league faced besides the Great Depression of 1929 was the loyalty of players who would jump from team to team, playing with whichever team would pay the most. Teams would forfeit a game if they had an offer for a bigger pay day.

Black teams and Negro Leagues were the only opportunities available to Black players then, but out of it came some great, noted baseball players like outfielder Monte Irvin, catcher Josh Gibson, pitcher Satchell Paige, shortstop/first baseman Ernie Banks, and centerfielder Cool Papa Bell, one of the fastest ball players at that time. Their notoriety attracted the attention of competitors from the Negro Leagues and Major League Baseball, but it wasn’t until 1947 that Black ball players were given the opportunity to play in the Major Leagues.

Jackie Robinson became the first African American player to cross the color line. Signed by the Brooklyn Dodgers, a National League team, Robinson, 28, became a Hall Of Fame ball player for being the first Black player to join the Major Leagues as well as his on-field accomplishments.

Larry Doby, also a Hall Of Famer, became the second Black player (at the age of 24) to break baseball’s color barrier, and the first Black player to break the color barrier of the American League debuting with the Cleveland Indians in July of ’47, three months after Robinson. But overall progress was slow.

After Robinson and Doby, the League only had six Black players signed to their league in five years. The League consisted of sixteen teams back then. It wasn’t until 1959, 12 years later, that the League’s teams were fully integrated. The Boston Red Sox were the last team to add a Black player to their roster.