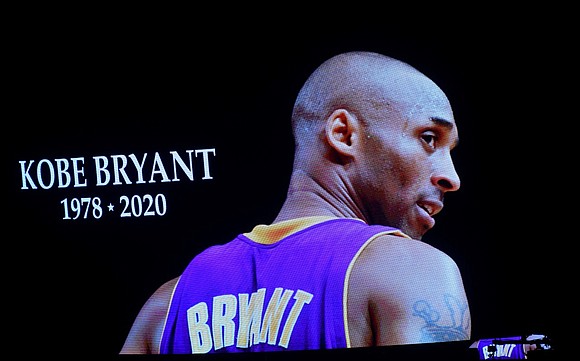 It seems everyone has a Kobe Bryant story. Anecdotes that have touched the souls, spirits and hearts of countless people around the world. Men and women, boys and girls, comprised of various ethnicities, religions and political leanings, whether the interactions were momentary encounters, ongoing professional contact or deeply personal relations.

What connects all of the narrators is the indelible impact Bryant left upon them. At the far too young age of 41, he perished Jan. 26 in a helicopter accident in Calabasas, Ca., not far from Los Angeles, the city in which Bryant became a global icon, winning five NBA titles with the Lakers. Eight other precious lives were also lost in the crash, including that of Bryant’s angelic daughter Gianna, a 13-year-old budding basketball star. They were eerily heading to a basketball tournament in Thousand Oaks, California, where Gianna was scheduled to play.

Bryant is survived by his wife Vanessa, daughters Natalia, 17, Bianka, 3, and Capri, 7 months, father Joe “Jellybean” Bryant and mother Pamela Bryant among other family members. Bryant’s love for and devotion to his family was attestable. He was often seen with Gianna at Lakers games, at once displaying palpable affection as a doting father and instructing her on the nuances of basketball as her coach with the Mamba Sports Academy, the program Bryant founded.

I first heard about the prodigious youngster from Philadelphia in 1994, as word began to spread about former 76er Jellybean Bryant’s son. I then met 17-year-old Kobe at the 1996 NBA Draft at Continental Airlines Arena in New Jersey, when he became the first guard to go straight from high school to the NBA. Bryant was polished and polite, a smile cemented on his boyish face.

I was there in 1998 when he played in his first NBA All-Star Game at Madison Square Garden, his infectious exuberance and unyielding confidence were characteristics that stood out among some of the world’s greatest athletes. He knew he belonged with Michael Jordan, Karl Malone, Shaquille O’ Neal, David Robinson, Tim Duncan and other future Hall of Famers playing in the game, and impressively comported himself accordingly.

I was in the building almost 11 years ago to the day, on February 2, 2009, when Bryant dropped 61 on the Knicks at Madison Square, at the time a record for the famed arena. I am privileged, make that blessed, to have witnessed other memorable Bryant achievements in person. I vividly recall the conversations I used to have with Jerry Powell, a Brooklyn native, longtime NBA scout and close friend of Joe Bryant, who knew Kobe since childhood.

Early in Kobe’s career, Powell once said to me—before Bryant met and married Vanessa—that “basketball is Kobe’s wife, girlfriend and mistress. He loves basketball. The cat works harder than anyone. All he wants to do is play basketball. Some guys say they want to be great. But only a handful of guys truly love the game. Kobe is obsessed with the game!” Powell’s words proved to be prescient.

His immense popularity is global. On a trip I took to China a little over a year ago, I was struck by how beloved Kobe is in a country where over 300 million people—nearly the number of the entire population of the United States—actively play the game. Bryant’s ties to Harlem are also strong with the Mamba League run out of the Children’s Aid Dunlevy Milbank Community Center and his celebrated appearance playing at Rucker Park in 2002.

Yet Bryant is not defined by basketball. He was a Renaissance Man. From the ages of 6 to 13 he lived in Italy where his father played basketball professionally after eight seasons in the NBA. He spoke two Romance languages, Italian and Spanish, fluently. He was a philanthropist, humanitarian, advocate of women’s empowerment, writer and creative artist who won an Academy Award in 2018 for Best Animated Short Film “Dear Basketball.”

In many respects Bryant was an autodidactic scholar. Despite not taking a path through college, he was an intellectual, a conscientious student and teacher. Like all men and women, Bryant was imperfect and fallible. But he showed the world how to live a purpose-driven life.

An exceptional father, husband and athlete, he is the everlasting Kobe!