The POTUS acquittal has eroded the nation’s sensibilities 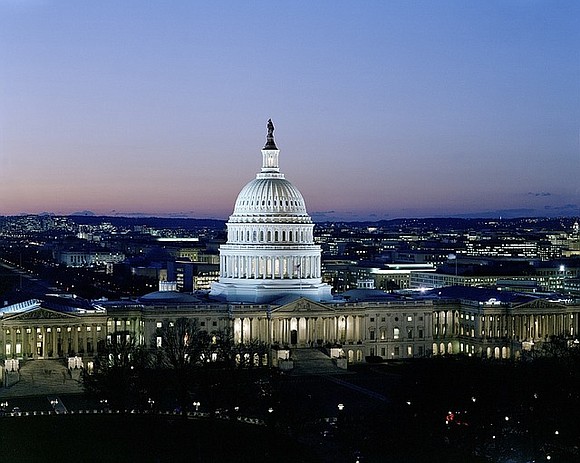 The POTUS was impeached by the House of Representatives and was acquitted two weeks ago by the Senate. The testimonies, the lack of courage and the overall acrimony finally came to a blundering and embarrassing halt. The endless papers submitted to Chief Justice Roberts will go shamefully into an archival file. How will this period in our nation’s history be viewed? What will they say about our president?

Those accustomed to watching the soap operas will get back to business as usual. Victor Newman and Jack Abbott will no longer have to take a backseat to the proceedings. Breaking news about the trial will be no more. Some will say, I am free at last!

I grew weary of watching this exercise because­—like you—I knew what the end was going to be. Compelling and erudite testimony by the House managers morphed into legislative futility.

Republican senator after Republican senator said Mr. T was innocent. Some said it sheepishly just like a child being caught with his hand in the cookie jar. Only Mitt Romney, Republican senator from Utah, brought his own guts and said that the president abused his power. He said his faith and conscience led him to his decision.

It was a defining moment in the entire process as Romney had the moral integrity to call out his wrongdoing. He was unafraid. Sen. Romney did what a lot of his colleagues were thinking. It calls into question why are these men and women afraid of the president?

The day after the acquittal vote, POTUS flaunted his victory by holding up a copy of The Washington Post newspaper which said as such. Now, Democratic Party leaders must move on and not wallow around in self-pity and what ifs.

The most important and pressing need that the Democrats have is to find a candidate that can defeat him in the upcoming election. The recently completed Iowa Caucus didn’t go well. The computer program the state Democratic Party used malfunctioned from the very beginning. Results were days late in coming in, so Pete Buttigieg and Bernie Sanders both declared victory. Both have already asked for a recount. The Iowa Caucus is the nation’s oldest primary at 100 years old, but has some of the shine come off because of this year’s debacle?

Bernie Sanders won the New Hampshire primary. Now it is on to Nevada and Super Tuesday. The looming question in the race is what has happened to Joe Biden? He has gone from fame to shame. With these new contests coming up, he vows to get back in the race. His claim is that people of color will step up and give him the nod.

That assertion may be true––however, just over the horizon are Michael Bloomberg and Tom Steyer. Both have substantial amounts of money and they are using it non-stop for campaign ads. These next few weeks will tell us about how these men will fare with the voters.

What’s important is that the Democratic Party be prepared to tangle with Mr. T. We have already seen in these impeachment proceedings that integrity and honesty weren’t used so the elections will probably be tainted at some level. The DNC must keep a watchful eye open for chaos and confusion as the elections grow nearer.

As voters, we must keep the faith. We must persuade our Democratic leaders to act with integrity and go into November united and ready to win. Being united and of one political mind before the convention is going to be a key to victory. We can’t go into November roughshod and scatterbrained. Every time you want to give up or throw in the towel, just think about the alternative.

Do we want four more years of what we currently have? I don’t and neither do you.