Awarding our own––For Us, By Us 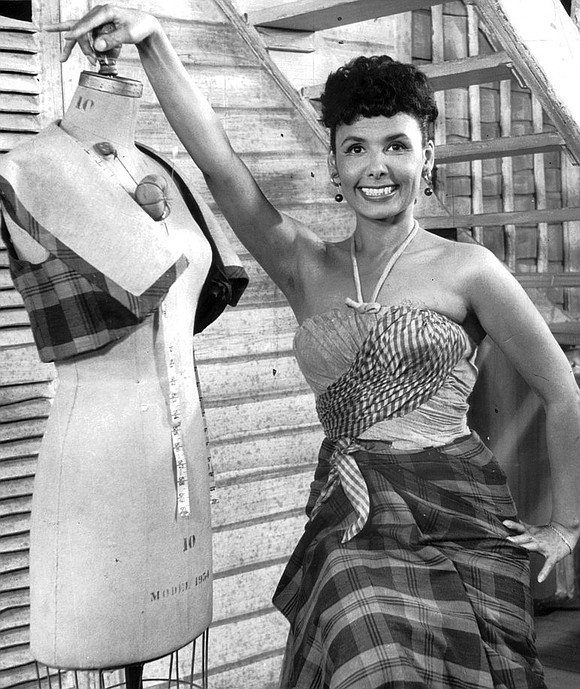 For many of us, entertainment can be a path to discovery. Or at least it should. That extra step may provide the impetus to not just try to emulate the talents of the artist but the perseverance and endurance to reach the desired destination. One such artist for me was a presence in many stages of my life’s development. Scratch that: not just me, we all grew and reveled in the talents of Lena Horne. Holla if you remember any of these: The duet with Kermit on “Sesame Street.” Coming to provide motherly charm to the bedside of “Little, Lame Lamont;” the son in the television show titled “Sanford and Son.” Inspiring the campus of Hillman College on her visit to the university to get honored by students and faculty was the one that really piqued my interest. There was a scene in which she interacted with one of the shows’ beloved characters, Mr. Gains, who happened to be a WW II veteran. The two reminisced over an incident where Ms. Horn was doing a show for the armed services to lift the morale and spirits of the troops and noticed that way off in the back, BEHIND a prisoners of war contingent of German soldiers, were a group of Black soldiers. According to the script, she went ballistic at the situation and let it be known. Well, as it turns out, that part of the script was reality based. Lena Horne was about THAT life. Acclaimed author/historian Gail Lumet Buckley, who penned the title, ‘The Hornes: An American Family,’ revealed, “Lena Horne was a trailblazer. Early in her career she was oft times the first African American, woman or both to perform in all white and a few integrated venues and she was burdened with that pressure to behave in a dignified manner and maintain a level of excellence in performance as she represented the entire community. But she was only two when her grandmother, a prominent member of the Urban League and the National Association for the Advancement of Colored People, enrolled her in the NAACP, where she was once featured on the cover of the organizations’ national magazine. She was astute on issues effecting American Blacks as well as a well-rounded entertainer.”

Sharing similarities in her career arc, Grammy Award winner, Solange Knowles too was impacted by the artistry of Horne. “I will never forget being a young girl and the impact of hearing the great Lena Horne so radiantly and powerfully singing the words ‘believe in yourself’ from that remarkable moment in ‘The Wiz.’ I have carried it with me closely my entire life. At the age of 12, I played this very role at the Ensemble Theatre in Houston, Texas and it was then I learned about Lena’s dedicated activism and fearless integrity as a woman and groundbreaking artist.”

The two women will cross paths in a sense as Solange Knowles was named as the first ever recipient of the Lena Horne Prize for Artists Creating Social Impact in a ceremony slated for Friday, Feb. 28 at The Town Hall. Buckley, who’s also the daughter of Lena Horne, added with pride, “There has never been a major award named after an African American woman, so we again the appropriate word would be trailblazer. Solange Knowles is a perfect recipient as she embodies the perfect blend of community and creative.” Melay Araya, associate art director and archivist of the Town Hall adds, “In the quiet of her musical and visual work, she affords her audience the experience of Black history and culture lit by the imagination and the tenderness of her love for her people. Solange’s work in her hometown of Houston, particularly with Project Row Houses, is a beacon to the micro level work that can lift communities across this nation.”

The award, which recognizes today’s leading artists that are using their platform to promote awareness and create social change is the perfect bridge to continue the legacy, standard and sacrifice set by not just Lena Horne but some of the forefathers who’s voices were suppressed or muted. Selected by an advisory board that included Gail Lumet Buckley, as well as an esteemed list of entertainers and philanthropists including Harry Belafonte, Billy Porter, Judy Collins, Deesha Dyer, Roxane Gay, Bob Santelli, Bruce Cohen and Jose Antonio Vargas, Solange Knowles says, “I am honored to be receiving an award that bears her name and continue her legacy of using the arts to inspire reflection and evoke change.”

Tickets for the event can be purchased at www.lenahorneprize.com as well as the Town Hall box-office.

Hope to see you there. Over and out. Til then enjoy the nightlife.