Severino injury is a reminder of fragile championship expectations 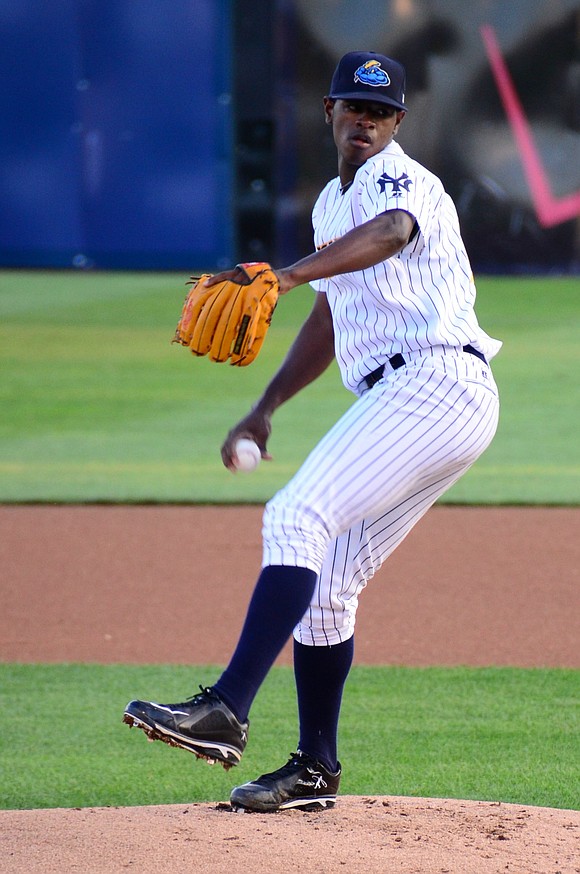 The news that Yankees pitcher Luis Severino will undergo season-ending Tommy John surgery is a reminder that championship expectations can be fragile. The right-hander was ready to be a key member of the Yankees formidable starting rotation, fronted by its newest addition Gerrit Cole, who the team signed to a nine-year, $324 million contract this past December, the richest contract ever for a pitcher.

Cole’s signing immediately elevated the Yankees as the odds-on favorite to win the World Series, a prize that has eluded them since 2009. They are still deep and stocked at every position, and have the means to fill whatever holes they may have as the race for the postseason intensifies in the summer. But with fellow Yankees starter James Paxton out until at least April after having a cyst removed from his back earlier this month, it is a reminder that titles aren’t won on paper in the winter.

Two seasons ago, the 26-year-old Severino was dominant, he posted a 19-8 record, 3.39 ERA and had 220 strikeouts in 191.1 innings. Last season was the opposite. Late strain and rotator cuff issues limited Severino to three starts in the regular season and one in the American League Championship Series against the Houston Astros.

Now he will have a long road of recovery following surgery. “After much consideration, as well as consultation with the Yankees organization, my family, and my representatives, I have elected to adhere to the advice of the medical professionals and undergo surgery to repair my injured elbow,” said Severino in statement released on Tuesday, Feb. 25.

I am extremely disappointed that I will not be able to put on a Yankees uniform and compete with my teammates this year, but I promise that I will be working tirelessly during this process to come back stronger than ever to make the greatest fans in baseball proud.”

Yankees general manager Brian Cashman speculated the injury arose during the playoffs. “My gut is, it’s something that dates back to when he started feeling something [during the ALCS],” said Cashman.

Severino is in the second-year of a four-year, $40 million deal he signed with Yankees last February.