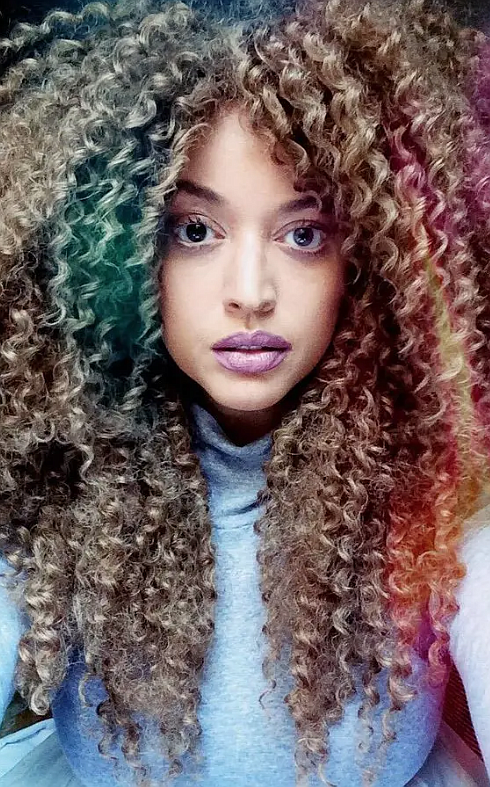 Like many of my heroes and sheroes, Dr. Martin Luther King Jr., Malcolm X, John Coltrane and Diana Sands, they were taken from us or departed as their fruitful potential was just beginning to ripen and mature. They were only 39 or 40 when they were killed or died from an illness, and they are summoned at this moment as we reflect on the very brief life of photographer and playwright Christine Chambers.

Chambers, who died on Dec. 4 at New York-Presbyterian Hospital from complications of a lung infection, according to her sister Essie Jane Chambers, may not have achieved the fame and recognition of these notables, but she accomplished quite a bit as she worked tirelessly in the world of Black theater, documenting it in her photographs and invigorating it with her plays.

Born Christine Jean Chambers on Sept. 8, 1980 in Northampton, Mass., her father John Walker Chambers taught sociology at the University of Massachusetts and at Greenfield Community College. Later he became a social worker. Her mother, Molly (Pratt) Chambers, was a therapist and social worker.

At a very early age, Chambers began to evince those interests that would consume her later years, beginning at Wilbraham and Monson Academy, a boarding school in Massachusetts where she was a member of the Academy Repertory Company and the Academy Players, appearing in productions as varied as “Cabaret” and “The Trojan Women.” In 1999, she graduated. She later attended the University of Virginia where she earned a bachelor’s degree in English in 2004. Later at Columbia University, she studied for her master’s degree of fine arts in playwriting.

The last ten years or so, she devoted herself to writing plays with an aim toward probing what it meant to be biracial, as she was. Her mother was white, and her father was Black.

Among her plays that were staged in small New York Theaters was “Half Brothers,” a play about a man who becomes the executor of his father’s estate and subsequently meets his two half-brothers for the first time. In “The Eternal Return” a Black couple explores what happened in their failed relationship. Another play “One Quarter,” a woman of mixed ethnicities delves into what her life would have been with a daughter she lost during a miscarriage, and that daughter would have been much like Chambers herself, though with a half-Black mother and a white father.

“What if no one sees her?” the protagonist asks in the play, concerned that her daughter’s blackness would be diminished. “What if she looks like me and can’t see herself?” And finally, “What if my daughter comes into this world and I still feel alone in it?”

These were a few of the questions she instilled in her characters and to some extent they must have resonated directly from her own place in the world as a product of different races.

In the obituary in The New York Times, playwright Kelley Girod, a close friend said, “She made us proud of who we were and where we came from and that’s what we were trying to express onstage. She helped us see ourselves in the act of claiming ourselves.” Girod, is founder and executive producer of the Fire This Time Festival, which features the work of playwrights of color. Chambers was commissioned to photograph theatrical productions at the festival and at other theatrical festivals and venues. “So much of her identity was about living in this in-between world, where she wasn’t Black and wasn’t white,” Girod added. “That space in between was important to her; it’s the space that defined who she was.” “She helped crystallize our brand,” said Jonathan McCrory, the theater’s artistic director, “She gave visual amplification to innovative Black storytelling.”

Her photographs also evoke stories and framed moments, moments all the more remarkable given the lupus, which she had throughout her life, stiffened her joints and hands. Even holding her camera was challenging. Her illness was widely shared on social media and she amassed a number of partners online. “Just because we (ppl w/autoimmune) have invisible illnesses does not mean we need to make ourselves invisible.”

That visibility was becoming all the more evident in her final days, her plays and camera assuring her a lasting memory.