De Blasio’s plan marches on with closing of Brooklyn jail 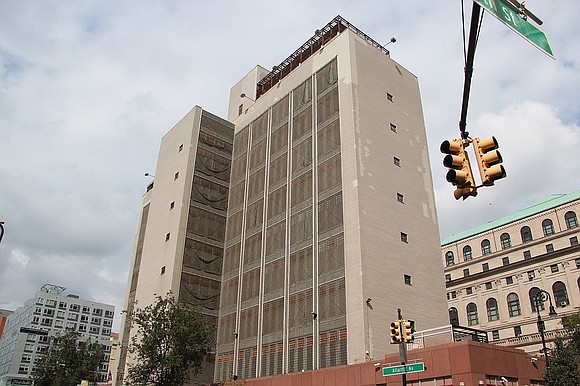 New York City Mayor Bill de Blasio’s plan to close Rikers Island by 2026 marched on this past weekend with the closing of a Brooklyn facility.

BKDC detainees have been transferred to other Department of Correction (DOC) facilities, with most moving to the Manhattan Detention Complex (MDC) and the Vernon C. Bain Center (VCBC) in the Bronx.

“Thanks to exceptional work by our staff, everyone has been safely moved out of the Brooklyn Detention Complex,” said DOC Commissioner Cynthia Brann. “The new facility that will stand here will be built to reflect this city’s commitment to a smaller, safer, and fairer correctional system. Its design will reflect our values and will support modern and humane practices, improving the experience for people in custody and their families, and providing a safer work environment for the public servants who perform one of the city’s most challenging jobs.”

The DOC started transferring detainees out of BKDC on Nov. 18, when the jail was at half capacity. About 20 individuals were moved to Rikers Island. All those moved were people 50-years-old or older and assigned to housing units geared towards older detainees or those requiring extra security.

JustLeadershipUSA New York City Campaign Coordinator Brandon J. Holmes said that while the closure of BKDC is a good thing, the city also needs to reduce the budget and funding of the DOC.

“...[I]t is unsettling to hear that there are no plans to begin reducing the budget or staffing of the Department of Correction despite acknowledging a significant reduction in citywide jail population and claims that such success is due, in part, to declines in enforcement,” stated Holmes. “As the jail population sharply declined, we have witnessed extreme increases in the use of force. Following the eighth Nunez Report, the #CLOSErikers campaign and advocates in other coalitions and groups have demanded action from the Board of Correction.”

When the AmNews contacted the mayor’s office to comment on the recent closure, we were directed to a statement he made near the end of November after the plan’s announcement.

“With the lowest rate of incarceration of any major city and crime at historic lows, New York is again debunking the notion that you must arrest your way to safety,” stated de Blasio in November. “These two closures show that we are making good on our promise to close Rikers Island and create a correctional system that is fundamentally smaller, safer and fairer.”

The city noted that its jail population fell below 7,000 giving the five boroughs the lowest incarceration rate of any large city in the United States.

In the meantime, the bail window at BKDC will remain open and staffed until an alternate location is constructed near Kings County Criminal Court. The new complex would hold 885 beds with a capacity of 825 people. The task of preserving records and equipment and providing security at BKDC will be given to the warden and group of less than 10 staff members.

According to the city, they’ll solicit proposals for the construction of the new facility by mid-2021, with hopes to complete its construction before Rikers Island’s closing in 2026.

“With transparent plans for the immediate demolition and timeline of construction, it is the responsibility of this administration to publicly release the Mayor’s Office of Criminal Justice’s rationale for 1) which facilities are closing first and 2) how the demolition and construction of borough-based facilities by 2026 will not result in an increase in the population at Rikers Island or the Boat,” said Holmes.