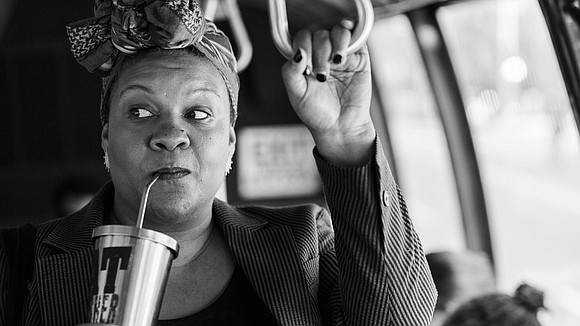 The long running, internationally acclaimed film festival Sundance is gearing up to present dozens of independent films in its 39th year. In the last few years, Sundance has aimed to become more inclusive to women, LGTBQIA and people of color. The Salt Lake Tribune reported that “among the 56 films in the festival’s four main competitions at the 2019 festival, 42 percent of the 61 directors are women, 39 percent are people of color and 23 percent identify as LGBTQIA.” The 2020 Sundance Film Festival will also be showcasing a number of Black directors and actors, continuing the effort to support and nurture Black and POC talent. Sixty percent of the participants in the Sundance Filmmakers Lab were people of color. Some of 2017 and 2018’s participants in the Filmmakers and Screenwriters Lab went on to produce their films and showcase them in this year’s festival.

If you are planning on taking a trip to attend Sundance (Jan. 23–Feb. 2) in Park City, Utah or just want to know what Black independent films are coming through this pipeline, this concise guide will give you a glance at what Black directors, producers and actors will be showcasing their work at Sundance Film Festival 2020.

Native New Yorker Radha Blank has written for iconic television shows like “Empire” and “She’s Gotta Have It.” Her feature debut, “The 40-Year-Old Version” follows the misadventures of a struggling playwright, who after several rejections from the theater community, finds her voice as a rapper. This black and white film tells Radha’s story of a single, aging struggling artist and schoolteacher with vulnerability and endearing humor.

Blank wrote and directed this award winning script, which was chosen for the Sundance Institute Directors and Screenwriters Lab in 2017. She returns to Sundance to present the finished product. Don’t miss the shining example of comedic Black excellence.

“Miss Juneteenth” tells the story of a single mother who, in her past, was honored with the crown of Miss Juneteenth. Although she won the title, her life didn’t turn out exactly as she had hoped. To continue her legacy, she begins to train her teenage daughter, Kai to become the reigning Miss Juneteenth, but her daughter has other plans.

This soulful film takes place in the south and tells the story of Black women’s generational journeys towards self-awareness. Director Channing Godfrey Peoples was named one of Filmmaker magazine’s 2018’s “25 New Faces of Independent Film” and wrote two episodes for season 3 of “Queen Sugar.” “Miss Juneteenth” is her feature film debut.

“Charm City Kings” is the film adaptation of the 2013 documentary, “12 O’Clock Boys” which follows a Baltimore youth on his ambitious journey to become a member of an all-Black dirt bike crew who run the streets in the summertime. Their ability to pop wheelies and execute complicated bike tricks enamors the young boy to no end.