Lengths are longer for spring 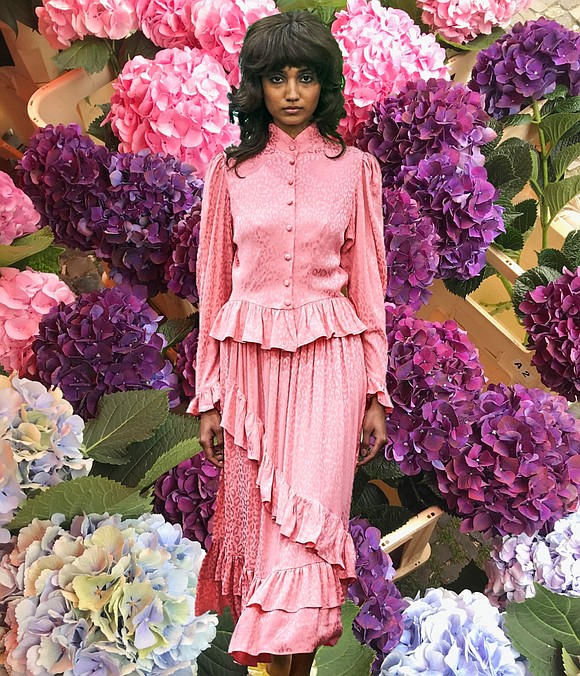 From the China Day NYFW shows, Lily combined fashion and business attire seamlessly. While exploring new faces of women from multiple perspectives and dimensions, her young looks will enable career women to embrace more opportunities and expression through clean branding. At Lily’s NYFW show, lengths were below the knee. Skirts were straight with zippers, splits and pockets. Oversized suit looks in denim materials were impeccably tailored. Boots were on the ground. Colorful knit outfits were bright in contrast color combos. Lily’s inspiration stemmed from avant-garde art; the way she added a pocket here and a strip of color there looked very interesting. In matching hues, exaggerated leather envelopes with handles accompanied her outfits. This business collection was impeccably tailored and streamlined and offered a creative use of color and print.

New York-based designer Batsheva plays with American styles of feminine dress. Her frumpy fashion designs range from victorian looks to pioneer and hippie styles. For spring and summer, Batsheva worked with elements that are symbolic of historic periods such as high collars, voluminous sleeves and skirts. She extracts the strong and beautiful from these old-fashioned looks, giving her frocks a modern touch.

This time last year, designer Richard Quinn received the inaugural Queen Elizabeth II Award for British Design from Queen Elizabeth at his spring/summer 2020 fashion show. Since then, a lot has changed for the London-born designer. He continues to develop his distinctive aesthetic of head-to-toe chintzy florals and dramatic shapes. His fall 2019 collection was a dazzling homage to traditional haute couture, featuring ornate floral embroidery crafted in India and extreme silhouettes. Details such as cinched waists, bustled hips, and high necks were achieved with the help of inbuilt corsetry. Following tradition, the show closed with an astounding bridal look.

Designer Christopher Kane mined the fetish world for inspiration this season. In particular, he explored the inanimate objects, including balloons, rubber and liquids, that were sometimes associated with kink. In the show, there were streamlined black suits with glossy black rubber panels and lapels, cartoonish balloon-shaped bags and voluminous dresses with bright liquid-filled plastic pockets. Kane described the silhouettes as cupcake-like, noting that several of the skirts were styled to create a wide, puffed structure. “Everything I do is twisted,” he explained. “But it’s never obviously sexual.” Some dresses were topped with silver and white ostrich feathers.