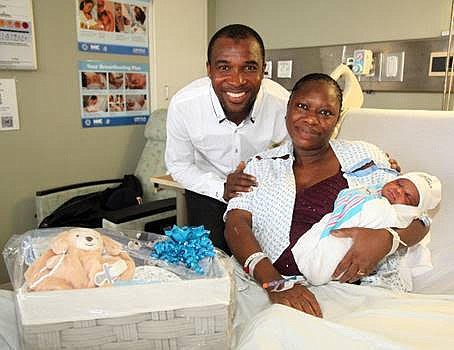 BRONX, January 2020—NYC Health + Hospitals/Lincoln in the Bronx welcomed the first baby of the Bronx (for the new decade and for 2020) at 12:02 a.m. Ousmane Camara came in at 7 pounds, 14 ounces and 18.9 inches and mother Mamawa Dore and father Zakaria Camala were very happy. They come from Guinea but their neighborhood is the South Bronx. Among the celebrating extended family on New Year’s Day, the excited languages spoken were English, French, Spanish and Mandingo. In addition, the parents signed up for Lincoln’s “MyChart,” an app that gives patients access to their medical records, allows them to make appointments, refill prescriptions and to email their doctors.

Lincoln Hospital is one of 11 hospitals run by the NYC Health + Hospitals, the public health care system. Together they deliver about 16,000 babies a year, while Lincoln is among the top producer of deliveries.