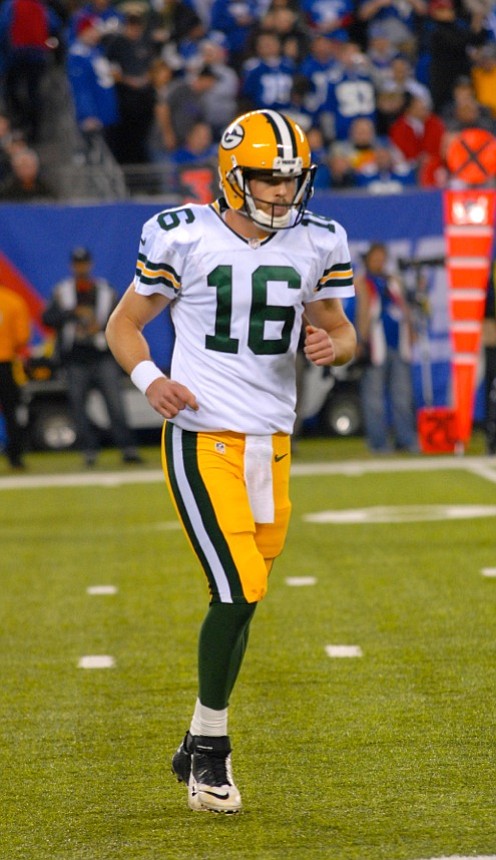 Aaron Rodgers and Russell Wilson are two of the best quarterbacks of this generation. Both will someday be inducted into the Pro Football Hall of Fame. They have taken different paths to NFL greatness but arrived at similar destinations.

Rodgers’ Green Bay Packers (13-3) will host Wilson’s Seattle Seahawks (12-5) this Sunday (6:40 p.m.) at the hallowed Lambeau Field with the winner moving on to the NFC Championship Game. In the other National Football Conference divisional round matchup, the 13-3 San Francisco 49ers, the NFC’S No. 1 seed, will meet up at their home field, Levi Stadium, with the 11-6 Minnesota Vikings (Saturday, 4:35 p.m.), the conference’s No. 6 seed, who upset the New Orleans Saints 26-20 in overtime last Sunday.

Coming into the 2005 NFL Draft after two standout seasons at the University of California-Berkeley, Rodgers was viewed by many analysts and scouts as college’s best QB prospect and some speculated he would be the No. 1 overall pick. But Rodgers agonizingly sat in the Green Room with ESPN cameras trained on him for hours until the Packers selected him with the 24th pick in the first round.

It appeared to be the worse case scenario for Rodgers. At the time, the Packers’ starting QB was Brett Favre, who was still in his prime. Favre had led the Packers to a victory in Super Bowl XXXI in 1997, their first since winning Super Bowl II in 1968. He had been named All-Pro five times, NFL MVP three times and was one of the most beloved figures in the franchise’s storied history.

But after the 2007 season, Rodgers’ prodigious ability, the organization’s uncertainty if Favre was going to retire and their fear of losing Rodgers was the impetuous for Favre and the Packers parting ways after 16 seasons. The transition to Rodgers was emotional but seamless. He carried the Packers to a win in Super Bowl XLV in 2011, has been a two-time NFL MVP, a three-time All-Pro and in the hearts of some faithful Packers more revered than Favre.

Sunday will be Green Bay’s first playoff game since 2016 and this season Rodgers’ statistics haven’t been exceptional. He ranked 11th in the NFL in passing yards during the regular season with 4,002 and had a passer rating of 95.4. Yet the 36-year-old, 15-year veteran remains one of the most capable and cerebral quarterbacks in the game.

Conversely, Wilson had an MVP worthy season and probably would be bestowed the honor if not for the extraordinary campaign of the Baltimore Ravens’ quarterback Lamar Jackson. Wilson passed for 4,110 and 31 touchdowns, the latter number the third highest in the league. He was overlooked entering professional football following an exceptional collegiate career, first at North Carolina State and then Wisconsin.

His size—Wilson is listed at 5-foot-11—was a concern for evaluators. But the Seahawks saw a multi-talented passer and runner, whose intelligence and leadership skills were the profile of a future star. They selected Wilson, who grew up in Richmond, Virginia, in the 3rd round (75th pick overall) of the 2012 draft.

Now 31, the seven-time Pro Bowler has started every regular season and playoff game for the team since his rookie year, appearing in back-to-back Super Bowls in 2014 and 2015, winning the former over the Denver Broncos. Wilson has been to the playoffs in seven out of his eight seasons and passed for over 3,000 yards, including 325 in the Seahawks’ 17-9 victory over the Philadelphia Eagles last Sunday.

It’s likely that either Rodgers or Wilson will be directly involved in the defining play that will determine the outcome of their duel this Sunday.