Census 2020 is almost here: It could be the most empowering event of the year 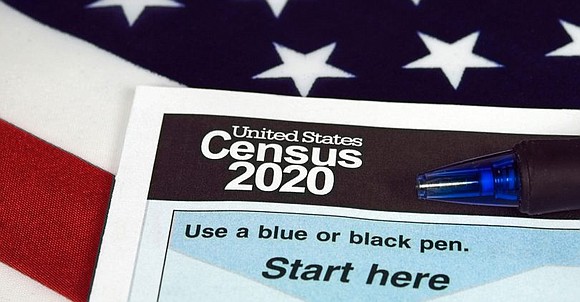 The 2020 census is this year’s most empowering and democratic event for the United States.

As ordered by the U.S. Constitution, the census counts EVERYONE living in the country, no matter who they are: the undocumented, the transient, people living in remote areas or off the grid, foreign students and embassy personnel. The only people here who “don’t count” for the census are tourists and short-time business visitors.

The year 2020 also includes presidential elections that will set the country’s future course. But whereas not everyone can vote, everyone can and should participate in the census. It determines everything from political representation to access to basic services like education and health care and highways that work for all.

Recent estimates peg the amount of federal spending that is directed by census data at more than $1.4 trillion annually.

“The census is critical for practical reasons,” said Lizette Escobedo, census director for the National Association of Latino Elected and Appointed Officials (NALEO). “But it is also a process that gives every single Latino in the country, no matter what generation they are or their immigration status, an opportunity to say: we are present, we are here, we aren’t going anywhere, and we are part of the fabric of this country.”

In other words, the census is empowerment. And not just for Latinos, but for all communities that want to be represented in government, programs, expenditures, redistricting and even civil rights.

“The census is the foundation of our form of representative government,” said Arturo Vargas, executive director of NALEO. “Given that the House of Representatives is apportioned based on the population of each state, our ability to have representatives in Congress depends on all of us being counted.”

What is the census?

The census is a self-portrait of the nation. The U.S. Constitution requires that the federal government COUNT EVERYONE LIVING IN THE COUNTRY EVERY 10 YEARS.

Participating in the census amounts to answering seven questions––plus two qualifying ones––for a total of nine questions, said Peter Griffith, senior partnership specialist for the Los Angeles region of the U.S. Census Bureau. That’s it. The rewards for that are significant in resources, services and political rights.

Everyone means EVERYONE: people of all races and ethnic groups, citizens and NON-citizens, all adults and all children, regardless of age. There are very few exceptions to this.

The key to this is that every person should be counted, not “estimated statistically” or “counted via records,” added Terri Ann Lowenthal, one of the nation’s foremost experts on everything census.

Every person who lives in United States territory on April 1 needs to be counted. Short-time visitors aren’t counted but longer-term visitors, such as foreign students and temporary workers, are. The Census Bureau webpage offers a detailed list of who should be counted, and where.

That day is known as CENSUS DAY. But the action starts long before that.

To be counted, every HOUSEHOLD first has to respond to those nine questions.