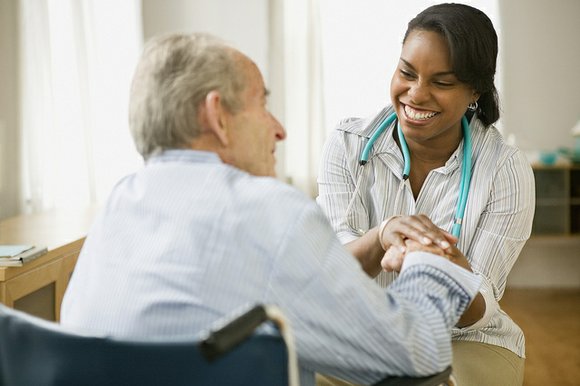 This month, New York City Mayor Bill de Blasio and Department of Consumer and Workers Protection (DCWP) Commissioner Lorelei Salas announced settlements with 11 home care agencies in response to violations of the aforementioned legislation. Agencies had to pay nearly $450,000 in restitution to more than 4,100 home health aides and require the agencies to pay almost $122,000 in civil penalties, train managerial staff, implement a compliance officer and distribute and post the Notice of Employee Rights.

“Home care workers dedicate themselves to ensure that seniors and people with disabilities can remain in their homes with the support they need,” stated Executive Vice President of the Home Care Division of 1199SEIU. “Unfortunately, there are many bad actor companies in this field who flout the law and deny workers the wages, benefits and sick time they are owed. That is why home care workers continue to organize to defend their rights through their union.”

As a result of the investigation DCWP’s proactive enforcement initiative to examine compliance with the sick leave law, they have reached settlement agreements with 32 agencies. These settlements paid a total of nearly $500,000 in restitution to more than 4,500 workers, $145,000 in civil penalties and comply with the law going forward.

DCWP began investigating home health care agencies for compliance with the New York City Paid Safe and Sick Leave Law in 2017 to examine compliance with the law. They investigated 42 home care agencies that employ almost 30 percent of home care aides in the city, interviewed more than 500 workers and reviewed documents provided by workers and employers.

“Home care workers are vital workers who care for our loved ones, and we will continue working to ensure that this rapidly growing industry is held accountable for past violations and comes into compliance going forward,” said DCWP Commissioner Lorelei Salas. “We urge any worker who believes they have been treated unjustly to reach out to us so we can take the necessary steps to help protect their rights under the Paid Safe and Sick Leave Law and connect them to other resources.”

The investigation revealed that employers weren’t allowing workers to use leave, failed to provide them with notice of their rights, failed to carry over unused leave and failed to maintain written sick leave policies that meet or exceed the requirements of the law.

National Domestic Workers Alliance New York Co-Director Marrisa Senteno stated that her organization is happy to see the fruits of their labor.

“This settlement is proof that their proactive collaborative efforts will assure that paid care workers across the city will know they have an ally in coming forward to assert their rights,” said Senteno. “Paid care workers do some of the most important work of caring for our families and homes, and it is essential that they have real access to the earned days off to be able to care for themselves and their loved ones when they are sick. Today we see the results of what happens when a city agency becomes leaders in fighting for its most vulnerable workers.”

“We must continue the proactive work in holding this growing industry accountable, under the landmark Paid Sick Leave Law,” said Consumer Affairs and Business Licensing Committee Chair Rafael Espinal. “Home health workers are no longer left to be taken advantage of, I commend the DCA in fighting against the exploitation of some of our city’s most hardworking employees.”