Here’s where the top 2020 candidates stand on the U.S.’s 11+ million undocumented immigrants 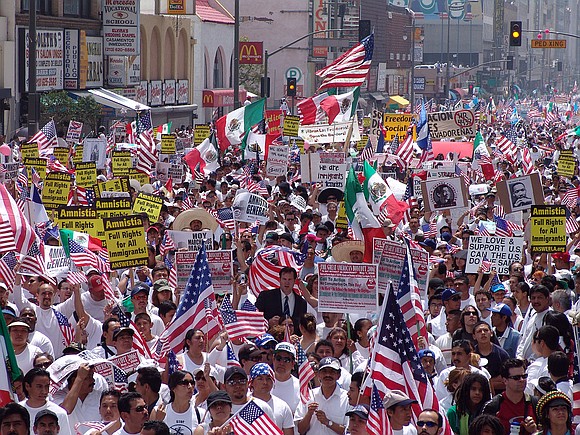 The countdown is on to the first Democratic Primary in Iowa next month, with 13 active major candidates competing for a shot at being the Democratic Party presidential candidate this November. But where do the leading candidates stand on helping the 11 million undocumented immigrants in the country? Here’s a run-down of their record and stance, beginning with Sen. Bernie Sanders, who is now leading the polls going into the Iowa Primary:

Sen. Sander’s site says as president he will:

Push Congress to enact a swift, fair pathway to citizenship for the 11 million unauthorized immigrants currently living, working, and contributing in America today.

Ensure the path to citizenship is broad, inclusive, and minimizes financial burdens.

Establish a path to legal permanent status and citizenship within five years.

Ensure that old or low-level contacts with the criminal justice system, such as marijuana possession, do not automatically prevent undocumented immigrants from attaining citizenship.

Ensure any path to citizenship does not come with a reduction in traditional, family-based visas.

Sen. Warren says as president, she will expand legal immigration and create a pathway to citizenship for DREAMers, as well as their grandparents, their cousins, for people who have overstayed student visas, and for people who came here to work in the fields.

“I want to have a system that is a path to citizenship that is fair and achievable,” says Warren, who also notes that she will “work with Congress to pass broad-reaching reform” but is “also prepared to move forward with executive action if Congress refuses to act.”

Pete Buttigieg, the mayor of South Bend, Ind., says he supports a path to citizenship for the country’s 11 million undocumented immigrants. Buttigieg also says that in his first 100 days, he will push for legislation that provides a mechanism to gain legal status and ultimately citizenship, including for people with temporary protectionsDeferred Action for Childhood Arrivals (DACA), Temporary Protected Status (TPS), Deferred Enforced Departure (DED), and withholding of removal.

Joe Biden’s campaign website says as president he will immediately begin working with Congress to “modernize our system, with a priority on keeping families together by providing a roadmap to citizenship for nearly 11 million undocumented immigrants.”

Biden says he will also “commit significant political capital to finally deliver legislative immigration reform to ensure that the U.S. . brings hardworking people who have enriched our communities and our country, in some cases for decades, out of the shadows.”

Andrew Yang says his plan for the 11 million does include a pathway to citizenship but only after securing the southern border, “so that we don’t end up right back where we started.” He also says the “pathway must reflect the fact that these individuals tried to circumvent our legal immigration system.”

This he said will be done by providing a new tier of long-term permanent residency for anyone who has been here “illegally for a substantial amount of time so that they can come out of the shadows, enter the formal economy, and become full members of the community.”

“This new tier would permit individuals to work and stay in the country, provided they pay their taxes and don’t get convicted of a felony and would put them on a longer, 18-year path to citizenship––the same amount of time it takes those born in the U.S. to get full citizenship rights,” Yang, the son of immigrants says.