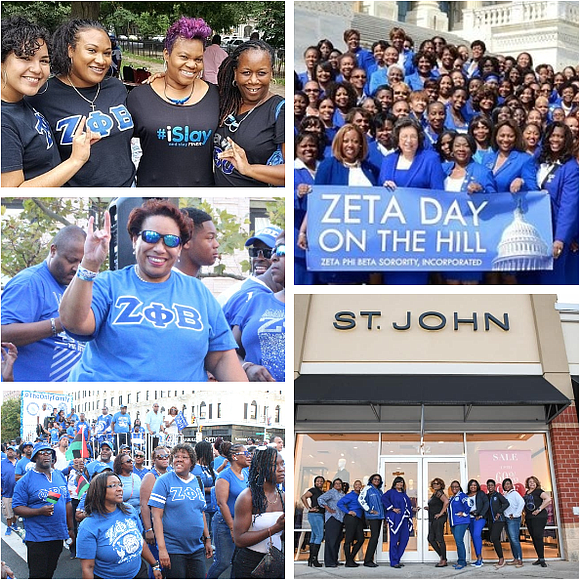 Zeta Phi Beta Sorority, Inc. is marking 100 years since its founding in 1920 at Howard University. The nation’s third oldest Black Greek-letter organization for women is celebrating with several events in the tri-state area and around the nation.

The sorority was founded on Jan. 16, 1920 by Arizona Cleaver Pearl Neal, Myrtle Tyler, Viola Tyler, and Fannie Pettie. The idea to form the organization was initiated by Phi Beta Sigma Fraternity member Charles Robert Samuel Taylor, who expressed to Cleaver that the fraternity wanted a sister organization.

Zeta Phi Beta and Phi Beta Sigma are the two organizations among the eight historically Black fraternities and sororities to hold a constitutional bond. The organizations are both recognized by the colors Royal Blue and Pure White.

Today, Zeta Phi Beta has a membership of more than 125,000 college-educated women with more than 850 chapters in North America, Europe, Asia, the Caribbean, Africa and the Middle East. The organization also participates in community service including partnerships with the March of Dimes, American Cancer Society and St. Jude Children’s Research Hospital.

“This is a historic moment for Zeta Phi Beta Sorority, Incorporated. Finally, our epic Centennial Celebration begins. I am elated to lead these amazing women at this time in our history,” said Hollingsworth Baker. “We are thrilled to welcome our sisters who are travelling from across the world to Washington, D.C. Together, we will commemorate all that we have accomplished in the last 100 years and look forward with anticipation to what we will achieve next.”

Among this week’s activities were the unveiling of Founders’ Busts at the Washington Hilton, a fashion show, the Finer Womanhood Empowerment Summit and the Centennial Founders’ Gala.