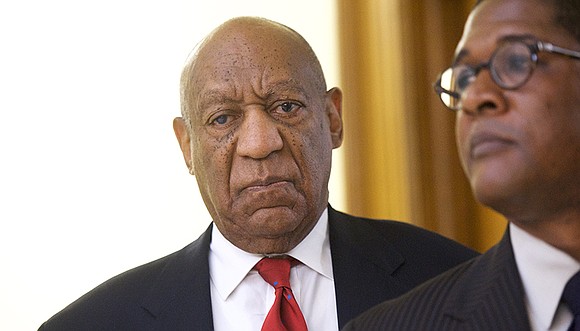 Bill Cosby’s legal team has filed a petition in Pennsylvania Supreme Court seeking a review of his 2018 conviction on charges of aggravated indecent assault.

The Superior Court denied Cosby’s claims that his conviction was unfair because the trial court allowed testimony of other women who had previous uncharged and unproven allegations against the actor.

In the new petition, filed on Thursday, January 9, 2020, Cosby’s lawyers also want the high court to consider the impact of the #MeToo movement and what they said is “public hysteria,” which influenced the prosecution and outcome.

“Mr. Cosby’s legal team is asking the high court to review his case to consider the vital questions about the impact of #MeToo hysteria on the bedrock principles of our criminal justice system,” Cosby’s spokesman Andrew Wyatt said in a statement.

“The lower courts stripped Mr. Cosby of his most sacred constitutional guarantees of due process and the presumption of innocence when they permitted the jury to hear, and base its verdict on, decades-old, unproven allegations of multiple women,” Wyatt stated.

“The trial court’s overriding concern should have been to ensure a fair proceeding on the single charged offense for which Mr. Cosby was standing trial – not to provide a platform to any, and all accusers who belatedly wanted their day in court. We are hopeful that the state Supreme Court will recognize the long-lasting implications of allowing the court of public opinion to override our cherished constitutional principles and act to rectify this injustice.”

A jury convicted Cosby of three counts of aggravated indecent assault in 2018, following charges that stemmed from allegations made by Andrea Constand, a Canadian woman who had a longstanding relationship with the actor.

In September of 2018, Montgomery County (Pa.) Judge Steven T. O’Neill sentenced Cosby to serve a 3-to-10-year prison sentence despite the conviction counting as Cosby’s first offense and ignoring his age, 80 at the time, and health – Cosby is blind.

In the Supreme Court filing, Cosby’s attorneys noted that Constand initially contacted local authorities in Canada in 2005. That led to a joint investigation into Cosby by Canadian police and Montgomery County officials.

In February 2005, then-District Attorney Bruce Castor stated that “insufficient, credible and admissible evidence exists upon which any charge against [Cosby] could be sustained beyond a reasonable doubt and that a conviction would be unattainable.”

During that time, Castor alerted Cosby’s attorneys that he would not prosecute the actor. Castor than told Cosby that if he agreed to waive his fifth amendment rights to answer questions for a civil deposition, there would never be a prosecution in the Constand case.

Castor also placed that agreement in a press release and later informed the county’s new District Attorney, Kevin Steele, who ignored the deal and prosecuted Cosby.

Defense attorneys also argued in their petition to the Supreme Court that testimony from five women – Heidi Thomas, Chelan Lasha, Lise-Lotte Lublin, Janice Baker-Kinney, and Janice Dickerson, at Cosby’s trial in 2018 should not have been allowed.