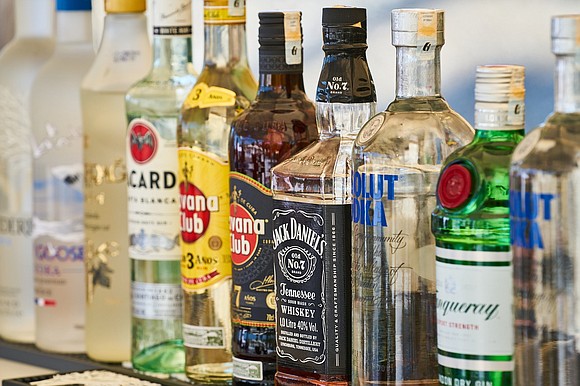 Many renowned people have made comments regarding alcoholism. One of those is John W. Gardner, American educator, who stated, “No other national health problem has been so seriously neglected as alcoholism. Many doctors decline to accept alcoholics as patients. Most hospitals refuse to admit alcoholics. Available methods of treatment have not been widely applied. Research on alcoholism and excessive drinking has received virtually no significant support.”

In all media, tasty alcoholic drinks are advertised mostly to young audiences, who really have no idea of the alcoholic “hole” that is bottomless. The media often shows young folks “drinking it up,” not realizing the consequences of its effects. Many young people have died behind the wheel as a result. It has recently been shown that elderly people have also become closet alcoholics.

Not too many moons ago, I was called to make a house visit to a 72-year-old widow, living in a senior housing complex. Upon entering her bedroom, I saw that she was lying face down in vomit while breathing heavily. It was obvious that she needed hospitalization. While waiting for the ambulance, I observed on her nightstand several types of medications, which included blood pressure pills, diabetic medications and capsules for sleep. There was also an open half-pint bottle of vodka and a quart of warm orange juice. This grand old lady was not known to be an alcoholic to her friends or family. Hospitalization resulted in her rehab and recovery.

Alcoholism among the elderly is a growing, but little discussed, social and medical problem. It has been reported in medical literature that 10 to 15 percent of people over the age of 65 have a drinking problem. Many of them began drinking during their senior years because of depression resulting from loneliness after living a long and productive life. Friends and family are no longer around to monitor and provide support. Their only comfort is to sit and sip an alcoholic beverage supplied by the local liquor store while watching television.

Most senior citizens have many medical conditions which require medications that do not mix well with alcohol. When these patients are admitted to a hospital, it is not always obvious that they may be alcoholics. They begin to show withdrawal symptoms that can complicate their treatment. Even a simple case of pneumonia will not do well with the best of care because alcohol depresses the immune system, which protects the body from invading organisms. In fact, alcoholism also causes vitamin and mineral deficiencies, sometimes leading to neurological deficits and chronic brain syndromes. It is therefore necessary to treat a patient with alcohol-related problems with vitamins and mineral supplements such as B1 (thiamine) and magnesium along with other micronutrients.

The adverse social conditions that cause people to drink too much and too often must be addressed by social service agencies such as Alcoholics Anonymous, religious groups and concerned relatives. Afflicted senior citizens must be encouraged to go to recreational centers for interaction with others in their peer group. If they cannot reach the center for want of transportation, retired neighbors or church members may be able to form voluntary transit services.

With adequate medical care and alcohol detoxification, the aforementioned patient responded well. The Social Service Department arranged for her to attend AA meetings in her senior housing development. She was also encouraged to give a key to her apartment to her neighbor who could periodically check on her. She is doing well.

For great health tips and access to an online community of physicians and other healthcare professionals visit Dr.Deas.com.