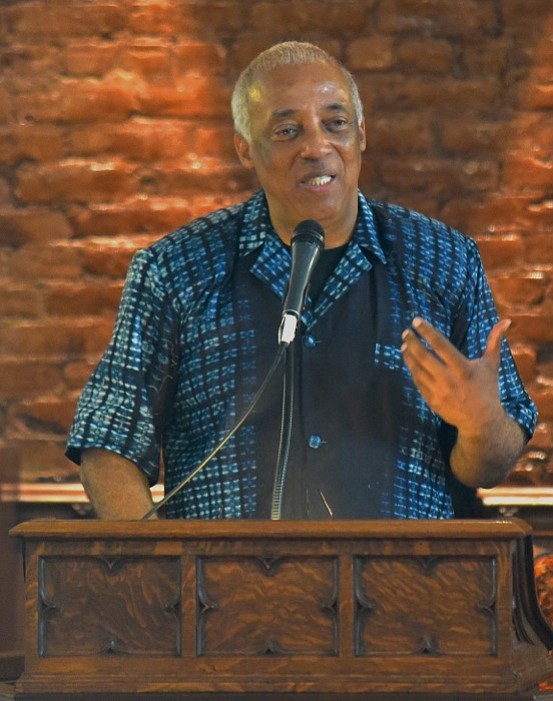 “Black Power means proper representation and sharing of control...It does not mean merely putting Black faces into office. Black visibility is not Black Power. Most of the Black politicians around the country today are not examples of Black Power.”––from “Black Power: The Politics of Liberation” by Kwame Ture (formerly Stokely Carmichael) and Charles V. Hamilton (1967)

“The majority of [Black] political leaders do not ascend to prominence on the shoulders of mass support...most are selected by white leadership, elevated to position, supplied with resources and inevitably subjected to white control. The mass of [Blacks] nurtures a healthy suspicion toward these manufactured leaders.” ––from “Where Do We Go From Here: Chaos or community?” by Rev. Dr. Martin Luther King Jr. (1967)

Beware of the “rising star” syndrome. When the corporate controlled Democratic Party, Republican Party and media begin to publicly label a Black leader a “rising star,” our antennas of suspicion should rise. That usually means that they are creating, as Dr. King called them, “manufactured leaders,” that they can control.

They put them in prestigious positions in congress, state legislatures, city councils, and even executive positions––as president, governors, mayors––as long as they can control them. Then the capitalist white power structure will say that they have “diversity,” inclusion and a “post racial society.”

These Black leaders that ascend to these positions suffer from distorted egos, delusions of grandeur, and a false sense of power. Worst yet, they sit in these positions as proxies for the continued capitalistic economic oppression of our beloved Black communities (neo-colonialism).

They prioritize their personal ambition and rugged individualism over the wellness of our suffering beloved Black communities. As a matter of fact, their philosophy is “no permanent friends, no permanent enemies, only permanent interest.” That’s a damn shame! And that’s a philosophy for rationalizing selling-out!

By the way, you should avoid anyone that doesn’t want to be your permanent friend!

One of the ways to combat this political betrayal of our beloved Black community, is to build an INDEPENDENT BLACK RADICAL POLITICAL MOVEMENT that removes these sell-outs from office on a local level.

I’m not talking empty rhetoric! We have succeeded in accomplishing the removing of “go-along-to-get-along” opportunistic so-called Black leadership, and replaced them with independent bold Black radical leadership!

We did this by way of our East New York, Brooklyn based Black radical political movement Operation P.O.W.E.R. (People Organizing and Working for Empowerment and Respect). This model can be duplicated citywide, statewide and across the nation! Power To The People! Our Victory Is Certain! Forward ever!