Changes have occurred since the Civil Rights Movement 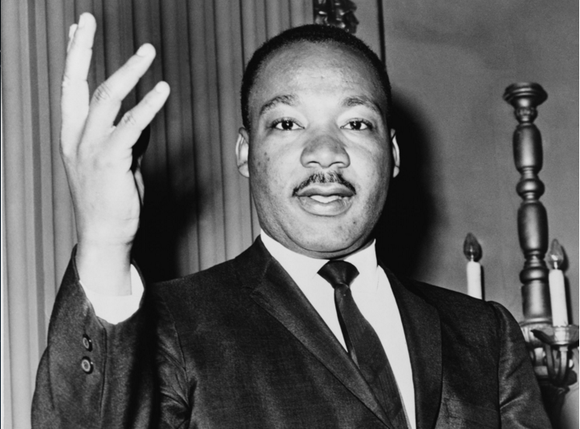 Racial segregation is a part of my past. I came of age in a time of separate but equal. In my hometown of Winston-Salem, NC, race was always a problem. Among other things, we went to school separately and went to the movies separately. Did segregation impede my growing up or make me feel inferior? The answer is no to both parts of that question.

When I was young, East Winston (my neighborhood) wasn’t pigeon-holed into thinking its citizens were second class or that its children couldn’t be successful. In fact, it was quite the opposite. We had the assets that made our community strong. For example, our schools were great, and our teachers were great too.

We had corner stores and wonderful recreation centers. Crime was pretty much non-existent, and our places of worship provided us with a spiritual foundation. Our community had the East Winston Library, the Kate Bitting Reynolds Hospital, the Rufus Hairston Drugstore and WAAA radio station. Upon reflection, our community was thriving both economically and socially.

East Winston was vibrant and lively. Residents didn’t have long faces and we were not lamenting our circumstances. It was a joy to be in old school East Winston. Our neighbors were our friends and as children we had good lives. We were blessed to see role models each day in every profession and occupation.

Yet what I have described was only half of Winston-Salem. We had a part as Black people and white people had the other part. As Black people, we wanted full citizenship in our city. We wanted to go into all of the restaurants and movie theaters. We didn’t want to worry about where we would sit.

We didn’t want to feel threatened when we went to the other side of town. If our parents saw a house they wanted to buy, they didn’t want their loans to be denied because of the color of their skin. We didn’t want the police to follow us if we were on a street in the white community. Racism back in the day was physical, mental and social abuse.

Yet men like Dr. Martin Luther King Jr. and women like Rosa Parks endured humiliation and much more. Killings and assaults happened often during the Civil Rights Movement. America was being tested as some of its citizens were being mistreated. Injustice and inhumanity played out in the lives of Black people and many white people.

The Dr. Martin Luther King Jr. Holiday was celebrated on January 20th. Church programs, parades and dedications were held in abundance. These ceremonies vowed to have us treat each other more fairly and with compassion. Our mantra for this decade must be that we are our brother’s and sister’s keeper. We depend upon one another.

Dr. King said, “I can never be what I ought to be until you are what you ought to be. This is the way our world is made. No individual or nation can stand boasting of being independent. We are interdependent.” The Civil Rights Movement is over, and we are engaged in another kind of equal rights movement. Those who look like me are going to jail for crimes they didn’t commit. Our history is being neglected and not recognized in many circles. Let’s have an initiative that has every school recognize and honor Black History Month.

As we enter the new year, we can’t relax thinking the battle for equality has been won. We can’t distinguish the enemy because they don’t wear robes. They are in disguise as they wear the same clothes as we do. Dr. King said, “Our freedom was not won a century ago, it is not won today, but some small part is in our hands, and we are marching not in ones and twos, but in legions of thousands, convinced now it cannot be denied by human force.”