Inevitable? Maybe Kyrie Irving has gotten it twisted in Brooklyn? 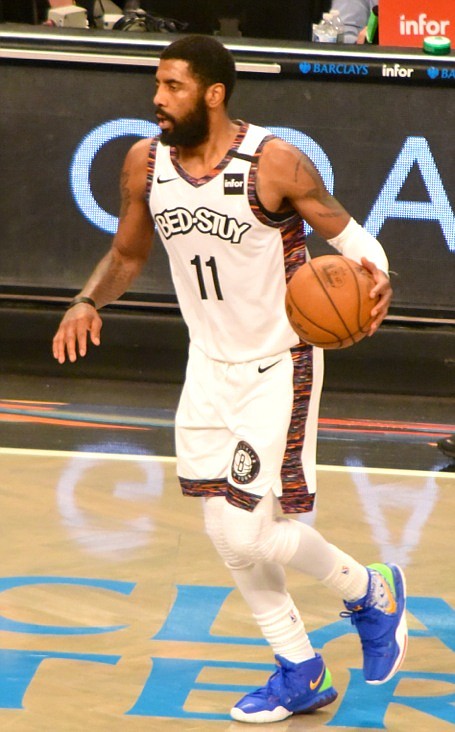 The Brooklyn Nets have gottten a pass from being dogged in this city’s media the last few years, for various reasons. Maybe it’s the complexities of the Knicks situation, the Nets’ hometown rivals who play in midtown Manhattan, or all of the other trending headlines that have dominated sports news feeds.

The Nets have been able to escape the continuous, harsh critisms that the other New York professional sports teams endure at times. But by now having Kyrie Irving, the MVP on their roster, this may possibly change.

Without getting into past Irving comments about the world being flat, his declaration to Boston Celtic fans that he’d re-sign there when his contract expired, or his recent comments which he eventually tried to clean up in regards to seemingly throwing some teammates under the bus, a metaphor, his comments comparing his situation of being critiqued by media members to Dr. Martin Luther King Jr. cannot be overlooked.

Irving, undoubtedly a talented all-star ball player, has only been criticized by sports writers, some with no athletic ability at all. Some so out of shape that writing is all that they can athletically do, remedial at best. And some are former players now working in the media trying to make a name for themselves with quick hot takes.

Dr. King and his goals were challenged, compromised by assassins, our government, politicians, the police, police dogs and hooded carpenters adept at building crosses that burnt on lawns, and nooses configured to hang from trees. Dr. King even faced dissension from within his race and fellow clergymen.

From what has been written, the FBI had Dr. King under continuous surveillance and his inner circle may have been infiltrated.

“When I was out for those seven weeks and not saying anything and still people are still saying things about me,” Irving said on Monday, the day nationally observed to celebrate the life of Dr. King.

“It’s inevitable. They crucified Martin Luther King for speaking about peace and social integration. You can go back to historical leaders and great people in society that do great things, and they’re still going to talk shit about them. It is what it is.”

Dr. King’s “dream” and his book, “Where Do We Go from Here,” in a round-about way, included the idea of ball players like Irving greatly profiting off of their talents, then and now, but let’s not get it twisted, until there’s an augmentation in job descriptions, Irving’s personal challenge now is to keep his hamstring and shoulder healthy, which has recently plagued him, and the Nets from a downward spiral to the bottom of the Eastern Conference—just a few things which are far less cumbersome than encountering a J. Edgar Hoover, Bull Connor, and a James Earl Ray.