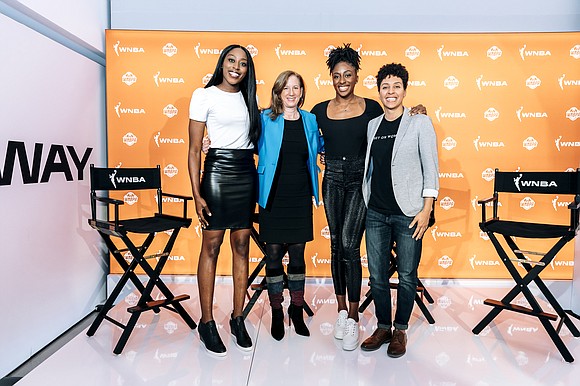 When Val Ackerman was president of the WNBA (1996–2005), she liked to use the word “iteration” to describe a new development. She would say something was the “next iteration” in the life of the league. With season 24 soon at hand, the WNBA is about to experience its most significant iteration to date. On Jan. 14, the league and the Women’s National Basketball Players Association (WNBPA) announced an eight-year collective bargaining agreement (CBA) that is designed to take women’s pro hoops to a new level.

“The time is now for women’s sports,” said WNBA Commissioner Cathy Engelbert. “We have a movement driven by a long overdue recognition and celebration of the power of women.”

A key element of the CBA is a 53% increase in total cash compensation, which includes base salary, performance bonuses, prize pools for newly created in-season competitions, and league and team marketing deals. Top players will be able to earn as much as $500,000 per season. There will also be a raise in the salary cap, a new revenue-sharing model, an annual childcare stipend and every player will get her own hotel room during road trips.

WNBPA President Nneka Ogwumike said the players have discussed how these changes may impact their off-season plans to play overseas. “If that means us being around more frequently for longer and more often, we were okay with that given the exchange that we had with the opportunities to do things in the off-season,” said Ogwumike.

The WNBA also announced the formation of WNBA Changemakers, which brings together businesses that support women’s sports. The goal is to drive positive change in the league, women’s sports and women in society.

The WNBA has had small incremental changes over the past decade, but as the silver anniversary approaches the time is at hand to take a big step forward. Under Engelbert’s leadership the league thankfully decided to go big. Now we’ll see if these steps can secure a vibrant future.

Teams can begin negotiating with free agents on Jan. 28 and start signing player contracts on Feb. 10. The WNBA season kicks off on May 15.