Preparing for the State of the Union 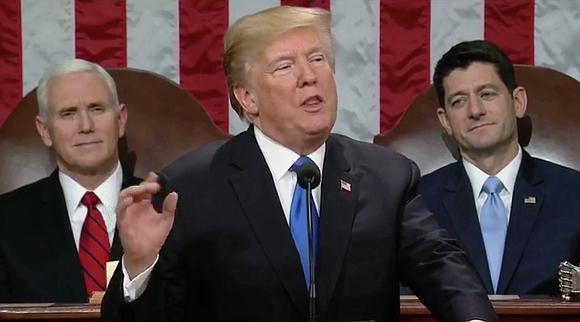 Next week we will watch the president of the United States address the nation in his annual State of the Union Address. There are very few details about this outlined in the U.S. Constitution. Article 1 of the Constitution lays out the Legislative branch, Article 2 the Executive branch, and Article 3 the Judicial branch. When the Framers designed the Executive branch, they gave the president the power of the veto, to negate legislation brought to him by the legislative branch. They also mandated that the country participate in a Census to be conducted every ten years, that is, taking a count of the population in the nation. Lastly, the Framers mandated that the president address the nation annually, hence the State of the Union.

On Tues. Feb. 4, the president will outline his agenda for the forthcoming year, he will likely highlight what he believes are his accomplishments from the past year as well. Unfortunately, this president has used the State of the Union to covertly (and sometimes overtly) insult members of the Democratic Party and their agenda priorities.

This year, the president will be in the midst of an impeachment trial or possibly just concluding his reprimand process. Unlike the impeachment trial of second term Pres. Bill Clinton in the late 1990s, our current president is in his first term in office. This is important because no modern day president has been impeached and faced possible removal in his first term, while simultaneously running for reelection. This trial in many ways has calcified the already polarized opinions of the Democratic and Republican party faithful partisans.

What makes the prospect of the State of the Union so concerning is that the president is a known habitual liar. Journalists have now taken to counting the number of misstatements and flat-out lies in his various speeches. Therefore, the State of the Union will be a moment where millions of Americans are looking to the president to set a tone for the future of the nation. The State of the Union is also a time for the president to highlight individuals who serve as examples to support his agenda. Unfortunately, members of the Republican Party have chosen to blindly support the statements, priorities, and agendas of the president, no matter how dangerous, disingenuous, inconsistent with past values of the party, or detrimental to the future health of the nation.

It is important for us to watch the State of the Union to gauge the president’s political priorities. I, for one, will be curious to hear the president’s latest position on Iran, climate change, funding for education, environmental protections, and our relationships with other nations. Sadly, I fear his address will be a time for him to settle scores and display the full extent of his insecurities about being impeached. Time shall tell, but we must be sure to observe.

Christina Greer, Ph.D., is an associate professor at Fordham University, the author of “Black Ethnics: Race, Immigration, and the Pursuit of the American Dream,” the co-host of the podcast FAQ-NYC.