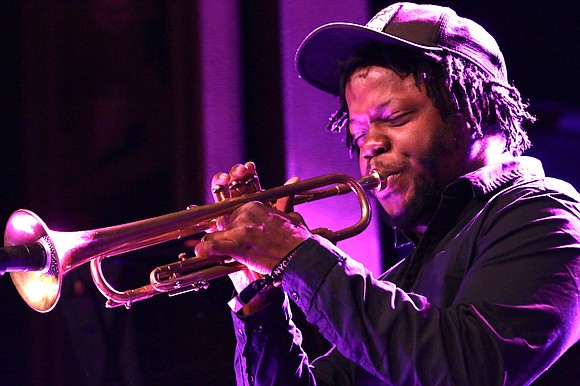 Things have come full circle for the Saint Lucia Jazz Festival. Twenty-eight years ago, Wynton Marsalis performed at the first annual Saint Lucia Jazz Festival. Now, Marsalis is managing and artistic director of Jazz at Lincoln Center as it enters into its second year of partnership with the storied event. Since Marsalis’ appearance there, a host of the world’s greatest musicians have performed on the island including Terence Blanchard, Stanley Clarke, Herbie Hancock, Mary J. Blige, Rihanna, Ciara, The Isley Brothers, and Chaka Khan.

As cocktails flowed and all manner of seafood morsels were devoured at Crave Fishbar on a recent evening in midtown Manhattan, the Saint Lucia Tourism Authority and Jazz At Lincoln Center made a joint announcement to a room of selected guests, that the second annual Saint Lucia Jazz Festival produced in collaboration with Jazz at Lincoln Center, will take place from May 7 through May 9, 2020.

The two esteemed organizations are banking on the dynamic synergy of two treasured brands. Speaking to the Amsterdam News, CEO of Saint Lucia Tourism Authority Beverly Nicole Doty said, “We are confident that the allure of Jazz at Lincoln Center with its internationally renowned performing arts offerings and stellar reputation for attracting the best names in modern and contemporary jazz, will bring even more international guests to the Saint Lucia Jazz Festival.”

Called by Jazziz magazine, “the Caribbean’s premiere jazz destination,” the second installation of the music festival will take place in a number of different locations on the island including The Ramp on Rodney Bay and Gros Islet Park.

Alongside Doty were various members of Saint Lucia Tourism Authority including Hon. Minister of Tourism Dominic Fedee and Cat Henry, vice president concerts and touring for Jazz at Lincoln Center. They offered their thoughts on the power of this partnership. Said Doty, “Saint Lucia Jazz aligned with Jazz at Lincoln Center increases Saint Lucia’s profile exponentially among the jazz community everywhere and delivers a first-class experience to festival visitors. Saint Lucia Jazz has a rich history of being amongst the preeminent jazz events staged this side of the globe.”

The announcement was made to a packed house sampling the food stylings of Saint Lucian-born Chef Shorne Benjamin who had whipped up his tasty appetizer of curry crab on sweet plantain tostones for the occasion. Rounding things out were samplings of Crave’s signature seafood offerings, cocktails, and a tasting of Chairman’s Reserve Rum from their Saint Lucia Distillery. A smooth concoction with notes of dried fruit and vanilla, it was the perfect fit for the affair. And to calm things down later in the evening, guests were treated to mugs of authentic Saint Lucian cocoa tea. The amazing Ruben Fox Band, who will be one of the acts at this year’s Saint Lucia Jazz Festival, provided the soundtrack for the night.

Minister of Tourism Hon. Dominic Fedee referred to the decision made last year to have the event pivot back to pure jazz offerings. Though all the Saint Lucia Jazz Festival performers were always of the highest quality, for many years, there were as many R&B and even hip hop acts as there were jazz. Jazz at Lincoln Center’s director of programming and touring, Jason Olaine, told the AmNews: “Creating a lineup of purely jazz musicians and performances was a strategic decision as we partnered with Jazz at Lincoln Center. Our first collaboration in 2019 with Jazz at Lincoln Center was not coincidental, but rather the result of a purposeful decision to reorient our event to ensure that it resonated with jazz-loving audiences.”

The lineup for this year is top-notch as well. There is an overlap of musicians who have already cemented a relationship with Jazz at Lincoln Center, and those who have roots in Saint Lucia and other parts of the Caribbean. Chick Corea, who Olaine described as of “living legend status in all genres of music,” will appear. Chick will perform new standards, tunes by piano heroes and classic compositions with his group Vigillete.