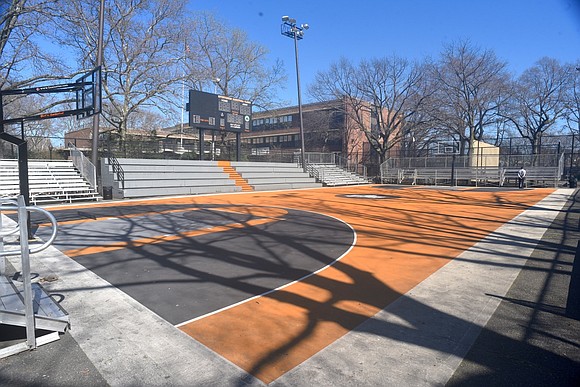 A few weeks back we enthusiastically chopped it up about the possibility of seeing brothers display their athletic prowess on the hardwood. Aside from the love of ball, I just wanted a minute or two to breathe and enjoy seeing/hearing about the state of the world right now. NBA Commissioner Adam Silver was a guest on the ESPN special “The Return of Sports” and told Mike Greenberg, “We put on NBA basketball. I think that for the country it will be a respite from enormous difficulties people are dealing with in their lives right now. And I also think in terms of social justice issues, it’ll be an opportunity for NBA players and the greater community to draw attention to these issues because the world’s attention will be on the NBA … if we’re able to pull this off.”

Although our sentiments mirror, the rationale is vastly different. From my point of view, though, games are a fleeting thought. We done gone close to a 1/3 of the calendar year without ANY televised sporting event to speak of and we’ve survived. Literally survived. A worldwide COVID pandemic has a vicelike gripe, which is compounded by America having to unexpectedly deal with a burden it was plagued with since at least the year 1619. For most everyday folk, we are under the assumption that only the former matters to the league and its players. Whether imagined or not, the pedestal athletes are on and the concept of racism is beyond reproach. From grade school, if a glimpse of extraordinary physical prowess is exuded, a path is laid to help that individual maximize that potential. The further along you get down that golden road, the further away you get from life’s harsher realities. Are we as common folk correct in that assumption? Technically yes, since history has shown that on rare occasions athletes will acknowledge that some major problems exist outside of the circumference of their celebrity. Ali, Smith & Carlos, Jabbar and to the chagrin of many, Kaepernick, have shown that the blinders don’t have to be worn, as they given unapologetic signs of allegiance to people that look like them and are catching it. Those examples are few and far between.

2020 has now presented a severe dilemma. The streets love ball! But those same streets are talking a little too loud for the volume to be turned down. The angry streets are braving the elements amid the coronavirus crisis to file their grievances and demand change. This is on the cusp of the NBA in the final stages of resumption of their season. Bill Russell, one of the top ten basketball players of all time (a five-time NBA Most Valuable Player, a 12-time All-Star, and 11-time NBA champion) shared recently that while out with his wife she asked the 86 year old legend, “Can you believe you would live through this again in your lifetime?” His reply, “Yes, nothing has changed! We will see some change but most likely not enough.” This is of import because Russell had to cross that fork in the road. April 5th, 1968. The Boston Celtics vs. The Wilt Chamberlin-led Philadelphia 76ers in the Eastern Conference finals; game 1. The previous day the headlines read: Martin Luther King Jr. was assassinated in Memphis, Tennessee!

If the ball gets thrown in the air at mid-court on July 30 we will watch. We will be entertained, and we will thank you for being a respite. Think about it!!