From public school to Ivy League: How Dr. Dabel stayed true to her passion 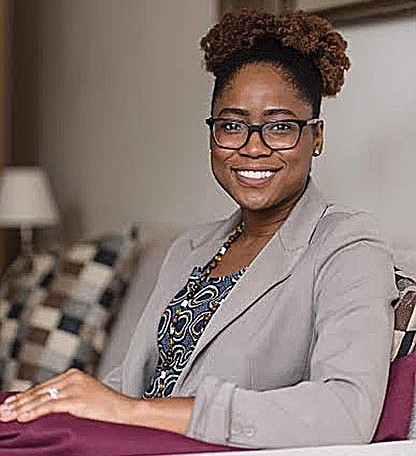 A few weeks ago, the New York Amsterdam News showcased five mental health professionals in the Black New Yorker. Since they provided valuable advice on how to balance mental clarity during this time of political unrest, we figured we would highlight each woman in a separate profile over the course of the next few weeks.

The first mental health professional we wanted to highlight is Dr. Vanessa Dabel, who has worked as a staff psychologist and outreach coordinator at Barnard College for almost two years. Dr. Dabel leads a support group for women of color at the university as well. In addition to her work at Barnard, she also sees patients at a private practice.

When she told her parents about her career choice, they were supportive, but worried about her career opportunities and how she would be able to support herself financially. Coming from a Caribbean family in Brooklyn, her dad wanted her and her older sister to become nurses, but she wanted to major in psychology.

“I wanted to do research and provide therapeutic services to support families of communities like the one I experienced,” Dabel said. “I realized I can still be me and serve the people I wanted to.”

At first, she had a passion for serving young children and teenagers, which led to her involvement in organizations that provided spaces for Black people and opportunities to help kids. She transitioned from being in the New York public school system to being accepted to University of Pennsylvania, one of the Ivy League colleges in the nation.

As a first-generation college student of Haitian descent, she had culture shock and found her footing by joining Black spaces. For example, she was accepted into Penn’s College Achievement Program (PENNCAP) where she received additional support and resources to help with her adjustment to the Ivy League. To give back to the community that helped her, she became a counselor to other students in the program.

She also joined a Black sorority called Delta Sigma Theta because it was centered around community service. Furthermore, she taught step to young kids in Philadelphia and provided tutoring and mentorship through a program at Penn called Ase Academy.

“Being engaged in these activities helped reinvigorate my sense of purpose and when I was overwhelmed, I had to remind myself that my grades don’t define me,” Dabel said.

After attending graduate school for developmental psychology in Teachers College at Columbia University, she went to Florida State for a doctorate program. While working towards her doctorate degree, she received clinical experience with college students at a university counseling center.

Not only did she provide individual, group and couples therapy for undergraduate/graduate students, but she also mentioned being part of teams focused on different social justice initiatives. Having this experience shifted her previous passion from working with children and adolescents to college students, which is part of her career now.

“I enjoyed the variety that college counseling provided,” Dabel said. “I was able to grow my passions and help students who needed support. It was a challenging and rewarding experience.”

As a psychologist, Dabel discusses the popularity behind mental health and how it could be advantageous to her industry in the future.

“Even though mental health awareness is now seen as a trend, I’m glad that the stigma behind it is being addressed, especially in the Black community. I’m happy to see where the field is going.”