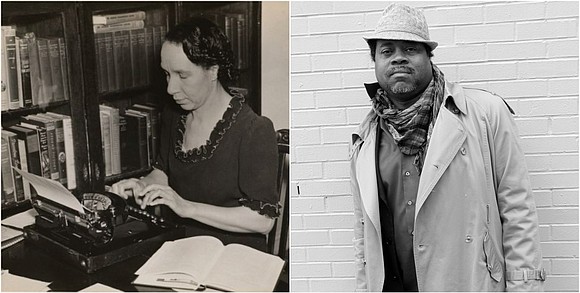 Many states in America are moving into “Phase 2” of reopening. With the utmost respect to those who have lost family members and have been furloughed and laid off, I personally wish we would move a little slower. It’s important that people get back to work, but at what cost? Black people have the highest COVID-19 death rate in the nation. It is possible a quick reopening will send the Black community into a deeper health crisis. It is up to us to be self-sustaining when it comes to social distancing and wearing protective masks. We have the power to take our collective lives in our own hands while complying with the World Health Organization. Nas asked the question in his prolific album, “Illmatic,” “Whose world is this?” He confidently answered, “It’s mine, it’s mine, it’s mine.” Don’t forget that this world is ours just as much as anyone else’s.

While social distancing and working from home, I found myself going through archives of articles and interviews searching for specific topics in jazz and classical music, as I considered continuing the conversation of Black classical composers and historical Black music. I found that my 2015 article, “10 Black female composers to discover,” is still the only list to highlight Shirley Graham Du Bois, the wife of W.E.B Du Bois, who “was the first Black American woman to compose an opera for a major professional organization.” Black women like Florence Price, Julia Perry and Undine Smith Moore have been cited in other articles, but Du Bois still goes largely unnoticed.

According to the Black Music Research Journal, the Stadium Opera Company in Cleveland commissioned her to write a distinctly “Black opera” for its second summer season in 1932. Graham, then a student at Oberlin College, expanded a one-act play that she had written earlier into a three-act opera titled “Tom Tom: An Epic of Music and the Negro.” The opera received generous publicity and earned critical acclaim for its composer, yet it was never performed again and was soon forgotten. In 1936, Graham went on to become the director of the Chicago Negro Unit of the Federal Theatre Project, part of Pres. Franklin D. Roosevelt’s Works Progress Administration.

It’s hard to understand why Black women classical composers, and particularly Du Bois, are so lost in the shadow of music history. What do we gain by erasing their contributions?

As I continued to explore, a colleague and music journalism elder of mine shared an article of one of my mentors, Baba Greg Tate, during his glory days at the Village Voice.

In his 1986 article, “Cult-Nats Meet Freaky-Deke: The coming age of the post-nationalist Black aesthetic” he writes:

“Somewhere along the road to probable madness or a meaningful life, I decided that what Black culture needs is a popular poststructuralism—accessible writing bent on deconstructing the whole of Black culture. Anybody who’s read Harold Cruse’s scathing dissection of Black leadership, ‘The Crisis of the Negro Intellectual,’ knows his argument that each generation of Black leaders has failed from an inability to conceive Black liberation totally and systemically. Meaning they failed to develop agendas that fused protest and reform politics with self-help economics, sophisticated cultural critiques, and a Marxian take on the political economy of capitalism.”

This is not to drag our Black leadership, but this statement rings so true today. In order to find liberation we must fully embrace our historical cultural potency along with voting and understanding how our structure of capitalism affects the wellbeing of our national community.

To learn more about Du Bois and Greg Tate you can read “Race Woman: The Lives of Shirley Graham Du Bois” by Gerald Horne and “Flyboy in the Buttermilk” and “Flyboy 2: The Greg Tate Reader,” both by Greg Tate.