Montgomery to sit out WNBA season in favor of activism 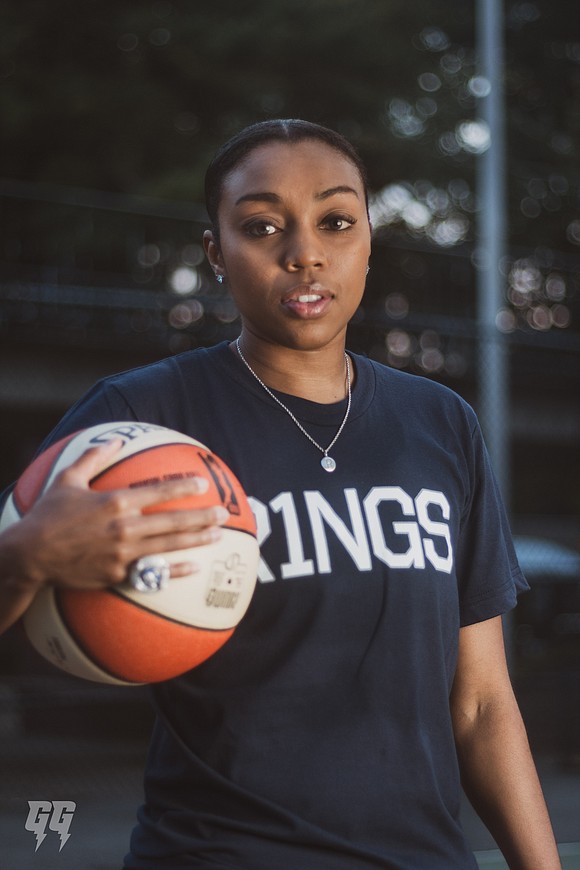 This week, professional women’s basketball players have been heading to IMG Academy in Bradenton, Florida to commence preparations for the upcoming WNBA season. Some players, including Rebecca Allen of the New York Liberty, have chosen to sit out this season due to concerns over COVID-19. Others are focusing on advocacy and activism.

Last week, University of Connecticut alumna Renee Montgomery, who has played in the WNBA since 2009 (winning two WNBA titles with the Minnesota Lynx), announced she will sit out this season to focus on activism and addressing issues of racism. She grew up in West Virginia and has lived in Atlanta the past few years, playing for the Atlanta Dream the last two WNBA seasons.

“A string of events [prompted my decision to sit out],” said Montgomery, who quickly cites George Floyd, Breonna Taylor and Ahmaud Arbery. “Being in that moment, I think that was the trigger that made me know that something has to be done here. Talking to my mom [a longtime professor at West Virginia State University, an HBCU] and hearing her stories. She grew up in West Virginia. You can imagine what my parents went through.

Montgomery said training and discipline were instilled in her at UConn, and she has carried that into her life and professional career. She is passionate about the game of basketball as well as fighting for racial equality.

“I’ve never before been so outspoken like I am now, but I’ve definitely been doing things previously,” said Montgomery, who is focused on the upcoming election in November. “I’m going to have a campaign that has different workshops leading up to it. These will be educational workshops—from what is a Democrat or a Republican to how are you going to get to the polls. I think people need to be educated on what they’re voting for.”

She is participating in LeBron James’ More Than a Vote campaign, and she plans to be a voice in Atlanta—even making sure people have everything they need when heading to the polls. “So you know that you can’t be turned away,” Montgomery said. “Knowledge is power.”

Montgomery stopped playing overseas in 2018 and spent this past off-season working for ESPN, FOX Sports and NBA TV. This summer, in addition to social justice advocacy she’ll be available for commentary work. She hopes to return to the WNBA in 2021.

As she looks toward the election, Montgomery is even trying to coordinate transportation to help people get to the polls in November. “Trying to be a one-stop shop for voting,” she noted.