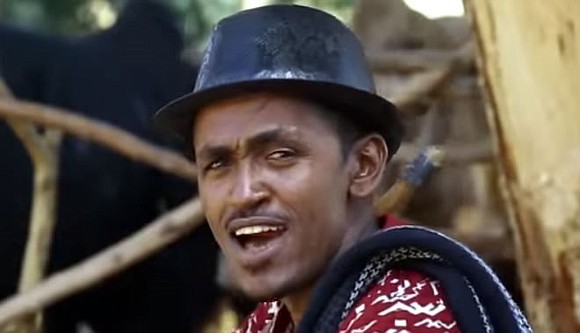 Ethiopian protest singer and revered musician Hachalu Hundessa sang about love and unity, recalled his friend Amensisa Ifa, raising issues that many would not dare to raise.

He addressed issues of marginalization, capturing the struggles and frustrations of his Oromo people who faced efforts by successive Ethiopian regimes to destroy the Oromo language, exploit its rich resources, and expropriate Oromo lands into an expanded Addis Ababa.

Oromo protests against a years-long state of emergency helped elect Prime Minister Abiy Ahmed in 2018. Hundessa’s songs became an anthem for the protestors, which helped galvanize the movement.

On June 29 last month, unidentified gunmen shot the 34 year old Hundessa dead in Addis. His uncle was also reportedly killed. In widespread protests across Ethiopia this week, more than 80 people have died.

Now, his death has become a rallying cry for the opposition to speak out against Prime Minister Ahmed.

On a TRTWorld television interview, Fauma Bedhaso, an Oromo rights activist based in Minneapolis, said Hachalu spoke truth to power. “His music captured our collective trauma. He gave voice to a generation.

“Most people were very happy with [Prime Minister] Abiy Ahmed in the beginning. He opened up the political space, former members of the opposition were able to go home, he freed journalists, he freed political prisoners. But somewhere after the euphoria, [Ahmed’s government] began focusing on trivial things as opposed to starting a national reconciliation which a lot of people were hoping for.”

Ahmed called Hundessa’s killing “an evil act… committed and inspired by domestic and foreign enemies in order to destabilize our peace and to stop us from achieving things that we started.”

Police now claim to have arrested suspects in connection with the singer’s killing but shortly after the murder, the government cut internet services across the country, making it impossible to access independent information on those killed and injured in the protests.

Rather than restoring calm, the authorities’ internet shutdown, apparent excessive use of force, and arrest of political opposition figures could make a volatile situation even worse, said Human Rights Watch adding, “The government should take prompt steps to reverse these actions or risk sliding deeper into crisis.”