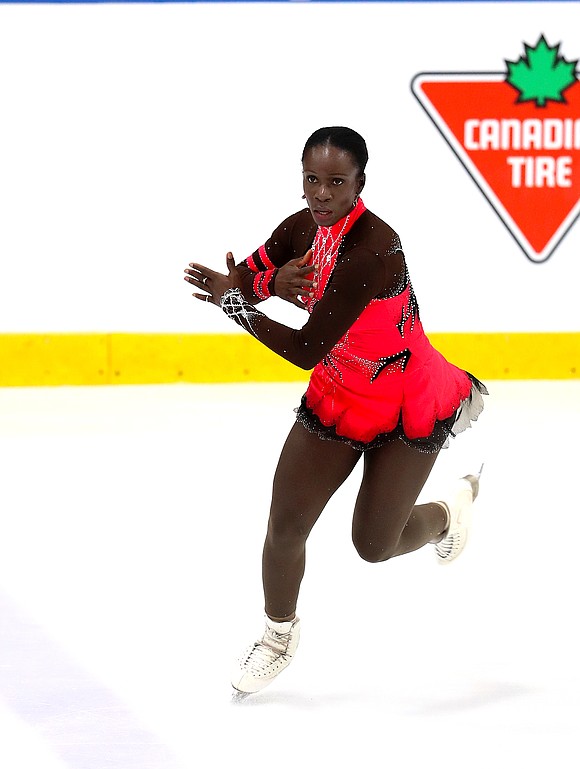 Last month, an international array of figure skaters participated in a video by the Diversify Ice Foundation advocating that skating become a more diverse and inclusive sport. Among them were prominent Black skaters of the past and present, including 1998 World Junior Champion Derrick Delmore, former U.S. competitors Rory Flack Mitchell and Megan Stewart, and French Olympians Vanessa James and Maé-Bérénice Méité.

“Skaters are united to try to make things move in the sport,” said Méité, who has been rehabbing a knee injury and hopes to resume on-ice training soon. “It’s not only a video we’re doing; it’s long-term change we want to bring…We’re trying to work on some new norms we can apply.”

Despite being off the ice, the last few months have been busy for Méité with remote university studies, an internship and starting her own YouTube channel (Simply Maé), for which she has created videos related to Black Lives Matter.

“Black Lives Matter is a movement I’ve been following for a very long time. I’m happy to see all the protests and people rallying to the cause,” said Méité, who has received an enthusiastic response to her “I Can’t Breathe” video. “I’ve tried to bring awareness.”

Former Canadian ice dancer Asher Hill took part in the Diversify Ice video and has recently been outspoken about racism he has experienced as a competitive skater and as a coach and choreographer. “I really like that we’ve all connected with each other,” said Hill, who said social distancing due to COVID-19 actually provided time to forge new bonds.

This past year, Hill made complaints about racist and homophobic language to which he was subjected at one of the rinks where he coaches. By contrast, being part of the video was uplifting.

“It was really nice to feel connected with my counterparts around the world and making that pledge to use our voices, our power and our platform to make figure skating not only more inclusive and diverse, but also giving the newer generation of talented kids the opportunity to come into skating and…feel empowered and not be afraid,” said Hill.

Hill is working hard at several rinks around Ontario to build his profile as a coach and choreographer so that hopefully soon skating fans will see him at the boards at international events. His sister, Acacia Hill, started the Brampton Hill Skating Academy.

“All of the coaches are of color,” Hill said. “With this environment and representation, we feel more positive…and we can put that positivity onto our skaters. We want to welcome kids of all colors to take on this sport.”