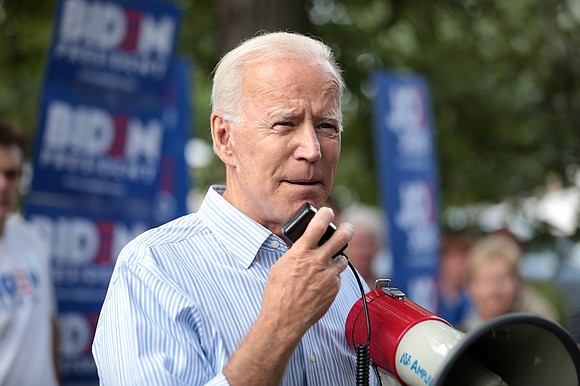 National Nurses United (NNJ), in a vote by its National Executive Council, endorsed Joe Biden for president. As the largest nurses’ union, NNU hierarchy believes that Biden is the ticket to a better country in the time of Pres. Donald Trump.

“We join with the tens of millions of Americans demanding a sharp break with Pres. Trump’s disastrous policies, actions, and inflammatory rhetoric during the past four years and a new direction by electing former Vice President Biden,” stated NNU President Jean Ross, RN. “For nurses, who have been struggling every day for months on the front lines of the worst pandemic of our lifetime, hampered by Pres. Trump’s abandonment of public health and safety, the stakes in November could not be sharper.”

“The president has escalated his attacks on people speaking out for racial justice, while also encouraging the scaling back of safety measures and ignoring the appalling escalation of COVID-19 infections and deaths,” Burger stated. She said the president has ramped up the racism and white supremacist tactics to bring his supporters into a frenzy in a “cynical re-election campaign.”

32BJ of the Service Employees International Union (SEIU) joined the NNU in endorsing Joe Biden for president. According to union officials, they believe Biden has the best plan for making it easier for workers to join unions. They also called out his focus on social justice and ending systemic racism.

“The members of 32BJ—essential workers on the frontlines of the coronavirus crisis—are proud to support Joe Biden for president,” stated 32BJ SEIU President Kyle Bragg. ”Joe Biden will fight alongside us to protect essential workers who have fought on all fronts of our national crises from cleaning and security to airports.

“All working people are essential and we need a president who will do what is essential for us. Joe Biden will be that president,” continued Bragg. “We’re ready to turn our outrage, energy and hope into votes.”

Union officials said that 32BJ SEIU is in the middle of starting a voter engagement campaign that, by Nov. 3, hopes to have “attempted conversations with six million individual voters, texted 20 million potential voters, reach over a million voters online and have 30,000 SEIU members volunteer to get out the vote.”