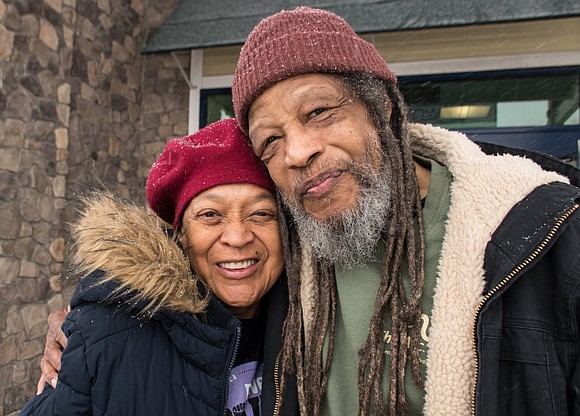 The grassroots community was deeply saddened upon learning that the minister of defense for the Philadelphia-based, back to nature MOVE Organization, Delbert Africa, 73, joined the ancestors this past Monday night, July 6. According to reports, he was diagnosed with cancer and passed at home surrounded by family and loved ones when he transitioned.

As one of the MOVE 9 members he endured 41-plus years imprisoned in Pennsylvania’s system of concentration camps prior to being released this past January. Despite the inhumane treatment he and his comrades suffered over the course of four-plus decades, they never allowed the adverse circumstances to demoralize them.

“He will be remembered as a freedom fighter, an activist. An uncompromising, revolutionary, freedom fighter who fought for the lives of all,” noted MOVE’s minister of confrontation, Pam Africa. “When he came out, that’s how he came out. As strong as he was, mentally.”

The MOVE 9 had received life sentences following the Aug. 1978 standoff with Philly’s finest as their Powelton Village home was being ambushed. When the dust settled, one of the cops lay mortally wounded. The police terrorism continued for several more years culminating with the 1985 Mother’s Day bombing of MOVE’s Osage Ave. home when a police helicopter dropped an explosive device on their roof, which set it ablaze and eventually incinerated 11 humans and 61 homes, leveling an entire Philly block.

“He said ‘I tried my best to be a good soldier,’” revealed Mike Africa, quoting Delbert’s last words. “Even though he felt pain, even though he was hurt, he didn’t give up and he wanted to inspire other people with his example.”

The MOVE Organization released the following statement: “May his revolutionary spirit live on in us as we continue the fight against a racist, oppressive and corrupt system. We love and miss you Bro. Delbert...Rest in Power!”