WNBA players have entered the bubble 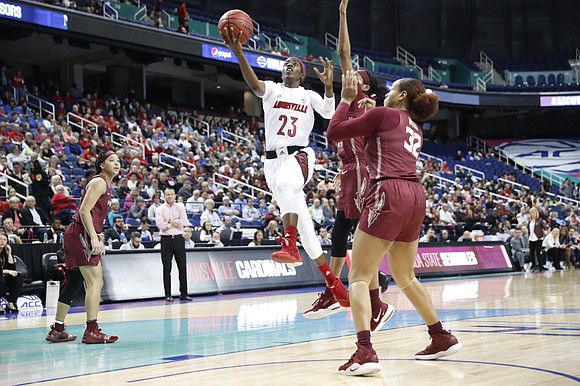 WNBA season is finally a reality. Players from the 12 WNBA teams have arrived at IMG Academy in Bradenton, Florida, and training camp kicked off late last week. Unfortunately, the New York Liberty will be without second-year guard Asia Durr, who will miss the 2020 season. Durr announced on Twitter that in June she tested positive for COVID-19 and her “battle with it has been complicated and arduous.”

Also absent from training camp is rookie guard Megan Walker, who tested positive for the COVID-19 virus before the team traveled to Florida. She has been asymptomatic, but immediately went into self-isolation under the care of physicians. It is hoped that Walker will join the team at a later date.

The coaching staff at the University of Louisville helped prepare rookie guard Jazmine Jones for the next level. Not being able to play alongside former college teammate Durr is disappointing. “That’s definitely something I was looking forward to, but the main concern right now is everybody’s safety and health,” said Jones.

A first-round draft pick, Jones has been doing her utmost to stay in shape in the nearly three months since the draft. For a few weeks, she remained in Louisville and was able to continue working out with the strength and conditioning coach. “I was blessed to have the opportunity to get in the gym every day,” Jones said.

Prior to heading to Bradenton, Jones came to New York, where she was able to do individual workouts with the Liberty coaching staff. “I learned a lot in that period of time,” she said. Although she remained inside to be safe, the view of the city from where she was staying “was definitely dope” and she looks forward to returning to Brooklyn next year.

Jones grew up in Tallahassee, Florida, which is about four and a half hours from Bradenton. “It’s kind of cool to start my WNBA career in my home state,” she said. “It’s an honor. Every day, I wake up and thank God because not that many people get this opportunity…I’ve been dreaming about this since I was a little girl. To be able to live out my dreams is just awesome.”

She’s ready to do whatever is asked of her for the Liberty to start its next chapter with some big wins. “Everybody is bringing great energy and great vibes to the team,” Jones said. “I think we’re going to have a great year.”