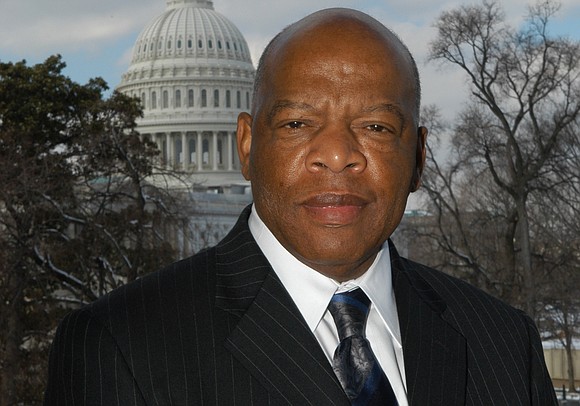 Born in 1940, John Lewis, the son of a sharecropper, helped to lead America out of an era of racism. Through his activism and bravery, Lewis carried the moral authority that few other leaders in U.S. history could claim.

On July 17th he died in Atlanta on the same day that another civil rights legend, Rev. C.T. Vivian, passed away. Lewis was 80 years old. In December 2019, Lewis announced he had stage four pancreatic cancer.

The famous March 7, 1965 video of Lewis being attacked along with 600 other marchers by Alabama State troopers near the Edmund Pettus Bridge is an often reviewed turning point in American social and cultural history. The footage from Selma shocked the nation and the world as Blacks in the United States struggles against government authority for basic rights and respect.

The violent confrontation led to the passage of the 1965 Voting Rights Act, which was signed by President Lyndon Johnson on August 6, 1965.

The 1965 Selma march was led by John Lewis. Lewis was perhaps the last remaining voice of moral authority from the civil rights era. Voting rights remains a challenge in the U.S. Lewis was on the front lines of that effort which was resisted by white racists in the South attempting to stifle Black voting power for decades. Lewis’ efforts and the increase in Black voting registration of African Americans in the South changed U.S. politics forever. The power of Black voters was first seen nationally with the election of President Jimmy Carter in 1976.

Lewis was chairman of the Student Nonviolent Coordinating Committee (SNCC) in the 1960s. SNCC was one of six groups who organized the 1963 March on Washington and fought to end racial segregation in America. SNCC launched the Mississippi Freedom Summer campaign for voting rights. The effort was met with violence, murder but it resulted in some of the most historic and consequential changes in the law for human rights in America.

John Lewis was the last living speaker at the historic 1963 March on Washington. At 23, Lewis was the youngest speaker to stand behind the same podium Dr. Martin Luther King delivered his historic, “I Have a Dream” speech.

Lewis’ speech was altered by Bayard Rustin, A. Philip Randolph and James Foreman because Lewis’ original draft was critical of President Kennedy. Lewis was viewed as too radical by Randolph in particular and Lewis was critical of the civil rights bill he believed did not go far enough to protect African Americans against police brutality.

“It is true that we support the administration’s civil rights bill,” Lewis said to the crowd of thousands at the March on Washington.

“We support it with great reservations, however. Unless Title III is put in this bill, there is nothing to protect the young children and old women who must face police dogs and fire hoses in the South while they engage in peaceful demonstrations. In its present form, this bill will not protect the citizens of Danville, Virginia, who must live in constant fear of a police state. It will not protect the hundreds and thousands of people that have been arrested on trumped charges. What about the three young men, SNCC field secretaries in Americus, Georgia, who face the death penalty for engaging in peaceful protest?” the young Lewis said.