Basketball to hold a battle of the sexes 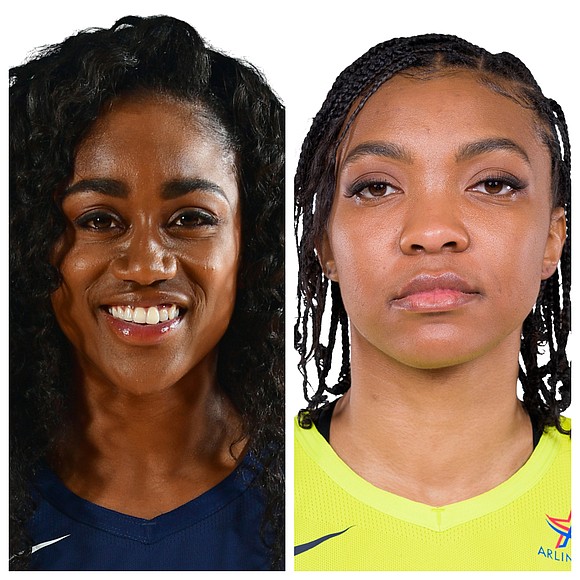 WNBA play kicks off on Saturday, July 25, but some players have opted out of spending the next two to three months inside the bubble. That doesn’t mean basketball is completely out of the picture for them. On July 28, there will be a televised five-on-five men vs. women all-star game held at Orleans Arena in Las Vegas. This battle of the sexes will be part of The 5 Tournament Pro Basketball Invitational taking place from July 19–29.

The men’s team will be coached by Mike Bibby, and four-time WNBA Champion Cynthia Cooper-Dyke will coach (she prefers to say manage) the Lady Hoopers. Among the players will be Imani McGee-Stafford, Kaela Davis, Danielle Adams, Shae Kelly and Tiffany Hayes.

“I think it’s going to be exciting,” said McGee-Stafford, who stepped away from the WNBA prior to this season to attend law school. She is the sister of Lakers player JaVale McGee, so she’s played a little one-on-one with an NBA player and has faced off against many male practice players. “I’ve always worked out with men,” she said.

“It’s a great opportunity. I miss playing. It also fits in my schedule,” said McGee-Stafford, whose mother, Pamela McGee, played college basketball with Cooper-Dyke. These days her schedule is filled with law school, which she’s currently doing online due to COVID-19. She’s familiar with most of her teammates and anticipates they’ll arrive a couple of days before the game to practice.

Hayes, who played her college basketball at University of Connecticut, had decided to opt out of the 2020 WNBA season due to COVID-19, so she’s excited to get a bit of hoop action this summer. She played overseas in Spain for several months before heading home due to the pandemic and hopes to return there eventually.

“Playing against men is going to be a challenge, but we definitely think we can hold our own, especially if we’re in tip top shape,” said Hayes. “We’ll have a good game. I cannot wait.”

She is excited to be coached by Cooper-Dyke. “That will be fun,” Hayes said. “I have not met her before. I look forward to getting a picture.”

Hayes has two years remaining on a three-year contract with the Atlanta Dream, but decided to opt out of her contract this year. “I definitely will be coming back next season,” she said.