Guyana says no to U.S. radio broadcasts to Venezuela 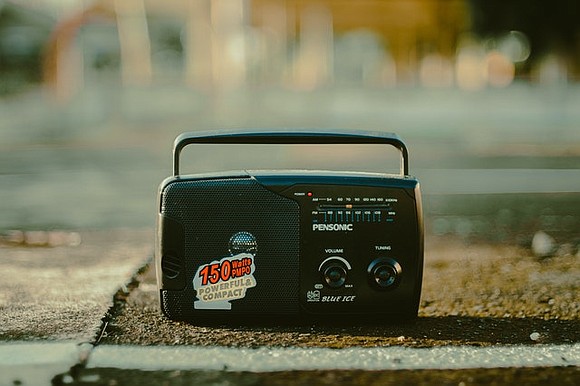 With the Trump administration demanding that the government of President David A. Granger

step aside and leave office in the wake of highly disputed general elections, authorities here think they now understand why Washington has clearly turned its face away from a government it once favored.

In recent years, Washington had shown a preference in dealing with the government of retired army general and University of Maryland Hubert Humphrey Journalism Fellow David Granger over the main opposition People’s Progressive Party (PPP) of former president Bharrat Jagdeo. Jagdeo’s period in office was characterized by persistent accusations from Washington about official support for international drug trafficking, money laundering and support for private hit squads among other major acts of political misbehavior. All this appears to have changed in the past year and a half or so.

Granger’s cabinet is now arguing that once the results had started trickling in from the March 2 general elections, the U.S. and other western nations began overtly showing their preference for the PPP despite their previous anger with the party for misbehavior.

Granger’s administration appears to have fallen out with Washington over a series of requests for Guyana to play political football with Venezuela at the behest of Washington.

In the past week, local authorities released documents showing that Granger had turned down a request from Washington to allow the U.S. to use medium wave radio frequencies to broadcast U.S. propaganda to Venezuela from Guyana’s northwestern district neighboring Venezuela as the U.S. is widely believed to be planning some sort of military action against the Maduro administration that it wants to oust.

In turning down the request, authorities argue that Guyana with a military and paramilitary force of less than 10,000 would be left to the mercy, and be of no match to, a more powerful and resourced Venezuelan military should Guyana undertake such a politically hostile act. Tensions are already high between the two neighbors over Venezuela’s longstanding territorial claim to most of Guyana and its eye on Guyana’s offshore oil and gas fields. Local authorities say that Washington has also been asking about permission to set up some kind of military base or location in Guyana that could make it easy for any future or impending operations against oil and gas-rich Venezuela.

“Given the length of an unpoliced western border, the influx of refugees, the unsettled territorial question and the public health risks, it would not be in our national interest to do anything to contribute to destabilizing relations at this time,” Granger said at the end of last week.

Guyana’s March 2nd general elections remains in dispute with both sides claiming victory. Undeclared results show that the PPP would have won by about three parliamentary seats but Granger’s coalition has gone to court to prove that there was widespread fraud that allowed the PPP to return to power after just a single five year term in opposition.

The document officials recently released showed that the request had come from the American board of broadcasting governors to set up the station “to reach populations in Venezuela” from Guyana using at least one of Guyana’s available medium wave frequency allocations. Ambassador Sarah Ann Lynch told reporters at the weekend that “we are focused on Guyana. It has nothing to do with any other country,” a point no one in the embattled cabinet is buying.

Guyanese authorities have recently been stepping up efforts to tell the world about the state of play here as it has become clear that the U.S., Canada, the European Union and Britain have been demanding that Granger and his band step aside and allow the PPP to take office despite their simmering disagreements over international organized crime in the past. The cabinet thinks the U.S. has cut a deal with the PPP for closer cooperation going forward.