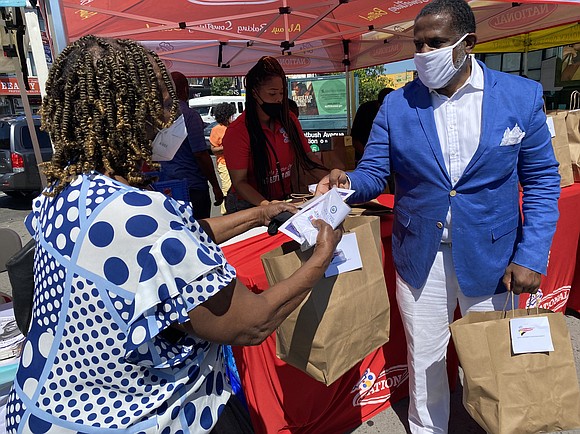 The event started at 9:30 a.m. in front of the HSBC bank near Flatbush Junction and was in partnership with the National Bakery, Little Carribean NYC, Western Union and Metro Plus Health.

Parker expressed his pleasure at the chance to work with General Alsion Roach Wilson and provide for one of the largest Jamaican diasporas in the country.