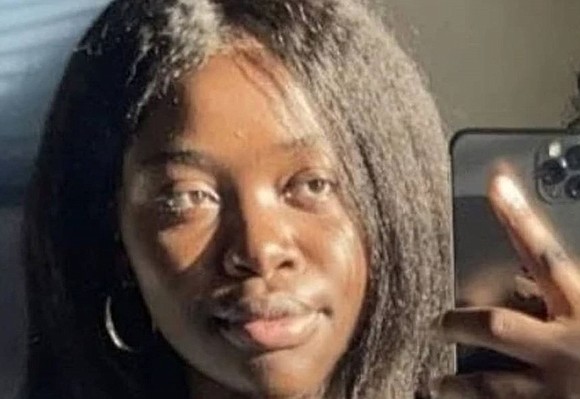 It may not be the early 20th century, but for some it sure feels like it.

On July 12, Gloria Bambo, 20, was found hanged in the garage of the home she shared with a 19-year-old white male roommate in McKinney, TX. Bambo, a South African citizen, went missing on July 9 and allegedly died that same day.

“A number of posts on social media have speculated about the death of Gloria Bambo, a 20-year-old Black female. Ms. Bambo’s body was discovered by her 19-year-old male housemate who has fully cooperated during the investigation,” read the department’s statement. “All evidence in the case so far leads investigators to believe it was suicide. The Medical Examiner’s findings are still pending but the preliminary examination of the body has not uncovered any evidence to contradict what was discovered at the residence.

“This case is still under investigation and is not closed at this time. We are committed to a complete, thorough investigation of Ms. Bambo’s tragic death and we grieve the tragic loss of this promising, young life,” the department’s statement concluded.

That explanation wasn’t enough for some.

That explanation didn’t work either for the Collin County NAACP (where McKinney is located).

While they didn’t respond to multiple inquiries from the AmNews, the local chapter posted a statement on Twitter––tagging the McKinney police’s page––and demanding that the justice system does right by Bambo.

In June, within days of each other, Robert Fuller and Malcolm Harsch were both found dead hanging from trees in Palmdale, CA and Victorville, CA respectively. Local authorities ruled their deaths a suicide as well. The City of Palmdale also cited mental health issues, as a result of the COVID-19 global pandemic, to explain Fuller’s death.

Earlier this month, 36-year-old Vauhxx Booker, a member of the Monroe County Human Rights Commission in Indiana, posted a Facebook status that went viral saying that on July 4, a group of white men pinned him to a tree, beat him and threatened to lynch him for allegedly trespassing on private property at Lake Monroe. Booker said he was left with a mild concussion, some bruises and patches of hair ripped out from his head.

Booker attached short video clips of the encounter taken by friends where he could be seen on all fours next to a tree pinned by one of the men while someone––believed to be one of the men’s daughters –screamed to let him go. Booker said he and his friends believed they had gotten permission from the property owners to cross to an area where they’d be gathering to see a lunar eclipse. After the encounter, the group continued walking to the area where the event’s organizer told them that those men weren’t the property owners.

The men were eventually arrested. One of them accused Booker of claiming to be a county commissioner and allegedly threatening to ruin their lives.

The town of McKinney might sound familiar to some as well. In 2015, a video went viral of a police officer dragging Dajerria Becton, who was 15 at time, in her swimsuit from a private pool in Craig Ranch, a well-to-do area in McKinney. He also could be seen sitting on her back while she screamed for someone to help her. The girl who organized the party, Tatyana Rhodes, lives in Craig Ranch. Becton received $148,850 settlement with the City of McKinney.

Money magazine had named McKinney as the number one place to live in America in 2014.

As for Bambo’s death, civil rights attorney S. Lee Merritt used social media to call out McKinney Mayor George Fuller and demand an investigation. “Mayor Fuller, We are going to need some answers to this in McKinney, TX. CC: @lashadion,” he wrote on Instagram while tagging local McKinney Council Member La’Shadion Anthony in his post.