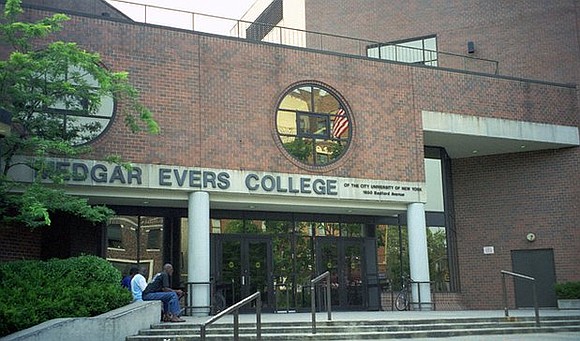 CUNY students have waited months for updates to reveal if classes will resume on campuses amid the COVID-19 pandemic. The University has announced the continuation of distance learning for the upcoming fall semester. CUNY’s Chancellor Félix V. Matos Rodríguez wrote a letter to the university’s community, which has been updated since July 27th, stating that the CUNY Board of Trustees approved a resolution and are planning for the fall semester based on Phase 4 of the city’s re-opening.

“We are also getting ready to deliver a range of in-person courses and services, provided they meet New York State and University guidelines for re-opening and assuming that New York City enters Phase 4 over the next few weeks,” said Chancellor Rodríguez. Baruch College students have received an email from President David Wu informing them that the majority of courses will be offered fully online, with a limited number of courses being offered in hybrid format. However, there are students who were unsatisfied with distance learning from this past spring semester.

“When I want to be educated on a topic I plan to use for the rest of my life, I want that taught to me hands on and in-person,” said Devinn Parris, an accounting major at Baruch College. The college junior plans on delaying his education until the campus is safe enough to allow faculty and students to return. “I have been very dedicated to graduating in four years since I am older than the typical students around me,” said the 27-year-old. He expressed his success as being stifled and isn’t pleased to finish college later than he anticipated. “I am paying and attending my school for the reputation it has in the classroom,” Parris continued. “I do not believe teachers who have never taught online classes are capable of being the same quality of teacher using a method they were forced into.”

“I feel like I stopped learning because of the way the professors taught,” said David Smith, 26, who also attends Baruch College. According to Smith, his corporate communications courses didn’t transition well to distance learning with the short amount of time his professors had to adapt. “When it was time to teach lessons, some things were hard to demonstrate virtually,” he said. Smith had the added predicament of attending courses via Zoom simultaneously as his younger siblings were in the same household. Smith mentioned his troubles with limited spacing and rooms in their apartment during the spring semester while continuing his assignments. Smith also revealed difficulties reaching classmates compared to when they were conveniently in class. “I have to do presentations and group work virtually,” he vocalized. “Everything had to go back and forth through email, phone calls and video calls. If they didn’t answer their phone or emails, there wasn’t much I could do.”

Distance learning has been a struggle for many CUNY students, regardless of age or selected major. “I have science and math classes; it was hard for professors to convert some of the information we needed into online content like labs,” said Jaiel Campbell, 19, who majors in biology at Queensborough Community College. “I had trouble staying concentrated in classes because now I’m home,” the college sophomore expressed. Campbell also lives at home with his mother, who teaches her online classes, as well as taking doctorate courses. Additionally, his middle school aged sister had her online schoolwork. “Being we are all in the same house, it’s been all of us trying focus on the different work we have to do and move away from each other so we can have a semblance of peace,” he stated. “We also had to get better at home WiFi.”

“The main concern with distance learning is that it exacerbates existing inequalities—such as having a home space conducive to study,” said Lawrence Johnson, an assistant professor of sociology at Brooklyn College. Johnson understands the difficulty some students are having with space at home and housing insecurities. He shared having several students communicate their problems prioritizing courses from home and offered support in helping students stay connected. “The obvious difficulty is that both students and faculty had to manage the health issues of family and other loved ones while adjusting to drastically different routines, child care, and other social networks and resources that we rely on, e.g. food services,” Johnson articulated.

CUNY’s Graduate Center has been helpful to students like Sydoni Ellwood, 30, by providing resources and extra support. The center has made their library accessible to graduate students, as well as following instructions to be as lenient as the subject matter would permit, according to Ellwood. “The greatest challenge I faced was finding appropriate pockets of time to complete my readings and research as I was also working full-time from home,” said the graduate student who is continuing her studies in urban education. She voiced her concerns for international students, undergrad peers struggling financially, and other peers who must be in a synchronous course at the same time as their children. She also expressed her concern with Gov. Cuomo and Chancellor Rodríguez’ approval of deep budget cuts for the CUNY system which counteracts the academic and wellness support most students have. “These budget cuts are stripping CUNY of all that makes it the best public university: accessibility and affordability,” Ellwood concluded.