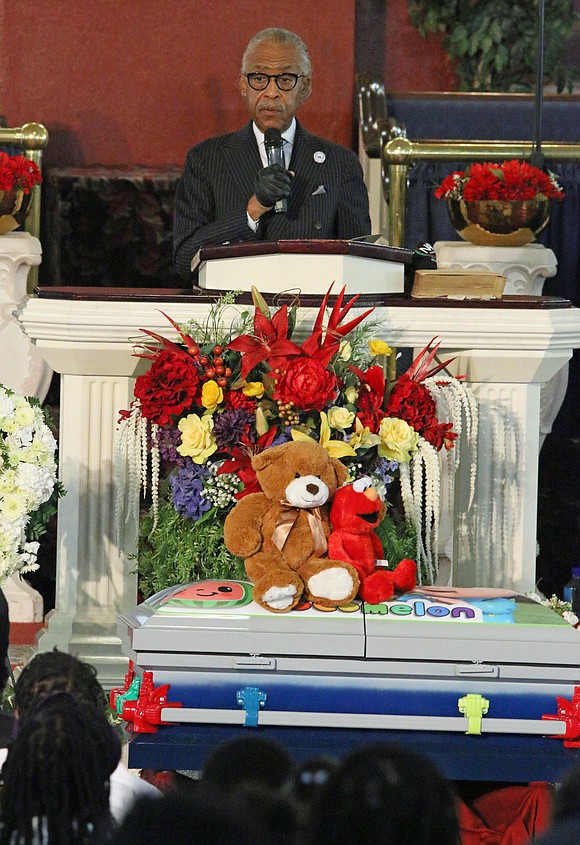 The family of stray-bullet-slain baby Davell Gardner had him funeralized on Monday, July 27, at Tabernacle Pleasant Grove Baptist Church in Brooklyn.

In a heartbreaking service, Rev. Al Sharpton eulogized the one-year-old. This lovely baby who had not lived his life, was killed in Bed Stuy on July 12, as he sat in his stroller at a family cookout. Three men were also shot, but survived. The NYPD have named and held Deshawn Austin as a person of interest, but as of press time a named killer has not be apprehended. The police said their investigation is ongoing.

NAN also fed over 1,200 families at their145th Street Harlem headquarters on that Saturday.