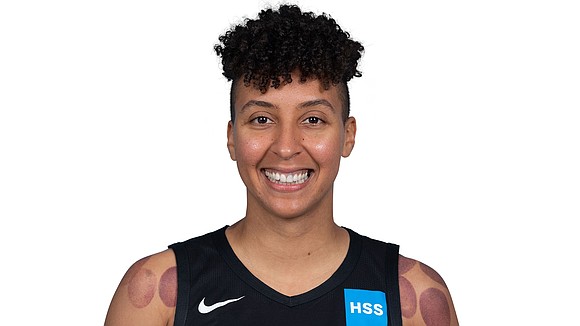 In the first game of the 2020 WNBA season, all of which is taking place at IMG Academy in Bradenton, Florida, the New York Liberty lost to the Seattle Storm 87–71. Top draft pick Sabrina Ionescu had 12 points, six rebounds and four assists. The Liberty offense was led by veteran player Layshia Clarendon with 20 points.

All 12 teams in the WNBA saw action on opening weekend. It also marked the official launch of the league’s new platform, The Justice Movement, meant to amplify the voices and leadership of WNBA players. Liberty coach Walt Hopkins wore a Black Lives Matter shirt. The players had the name of Breonna Taylor on their uniforms.

The Liberty is a young team, with five rookies seeing action in the season opener. They could not match the cohesion of the Storm, which was led by 2018 WNBA MVP Breanna Stewart, making her return after missing the 2019 season due to injury, and veteran point guard Sue Bird.

“There are a lot of little things we can iron out,” said Hopkins. “It’s not as simple as just coming down and calling a set every time. The end result is that they learn how to play basketball because they’re getting to fight through these moments, they’re getting to figure out ‘what do we do when the offense goes stagnant?’ or ‘we didn’t set a good screen.’ … It’s nothing that surprised us, but all in all we’re proud of the shots that we could generate.”

An outspoken activist, Clarendon preferred to focus on the social justice components of opening day. She noted that the players wanted to be intentional in honoring Taylor. “We’re not just slapping her name on a shirt,” said Clarendon.

It looks likely that some of the players will be involved in an upcoming conversation with former First Lady Michelle Obama and be involved in her get out the vote initiative. In turn, this will bring attention to the WNBA.

“If you are woke in this moment, if you are for the movement, you should be following the WNBA,” said Clarendon. “That heightened awareness is what we’re continuing, trying to constantly push the visibility of this league. That’s a big part of the growth—the reputation, the viewership, getting people to tune in and care about our game and get fans engaged.”

In positive Liberty news, rookie Megan Walker has joined the team after successful negative tests for COVID-19. She was not on the roster for game one, but look for her to hit the court soon. The Liberty are next in action on Friday night against the Atlanta Dream.